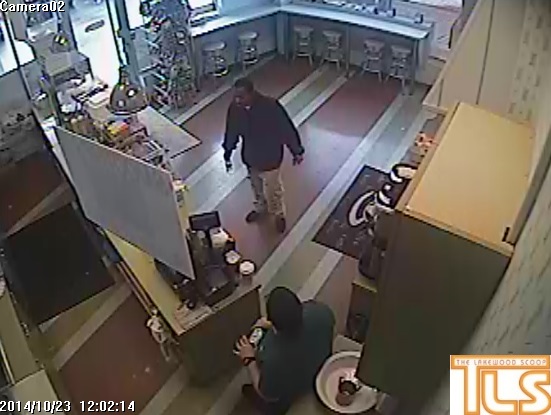 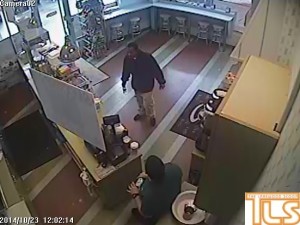 PHOTO: The attached photo was provided to TLS by Out To Lunch today, who said a man attempted to use counterfeit money at their establishment, as well as in other area shops.

The pictured suspect walked into the shop at around Noon today and after asking strange questions attempted to purchase a bottle of water with a counterfeit $50 bill, the shop manager tells TLS.

“He said he got the money from the bank, so I told him to go back to the bank and exchange it,” the manager said.

The shop manager was then approached by two other area shops who said the man attempted to use the bill at their shops as well.

Police were called and are investigating the incident.