Beginning Next Month, Post Office to Move All Retail Operations to Swarthmore Ave 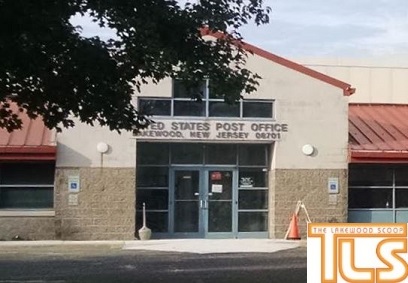 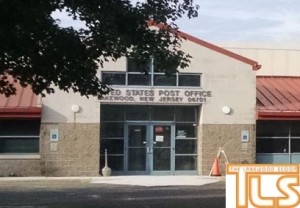 Effective Monday, November 3, 2014, all Lakewood post office retail operations will be moved to the Lakewood Postal Facility located at 1820 Swarthmore Avenue in Lakewood, the downtown post office announced via a sign hanging on the door.

P.O. boxes will remain with the same numbers, and same keys. 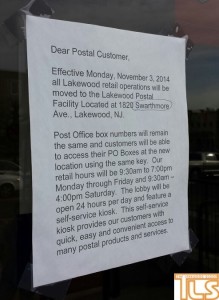 The longtime postal facility on Clifton Avenue, which has been slated for closure for several years, is scheduled to be sold in November. The 19,342-square-foot, 1930s art deco-style building has been a downtown hub for many years, but officials says it is underutilized and no longer efficient. As a result, many services will be moved to the more modern facility roughly two miles away in the Industrial Park.

Some services will also be met at a new Contract Postal Unit (CPU) scheduled to open in the coming weeks at 218 Clifton Avenue.