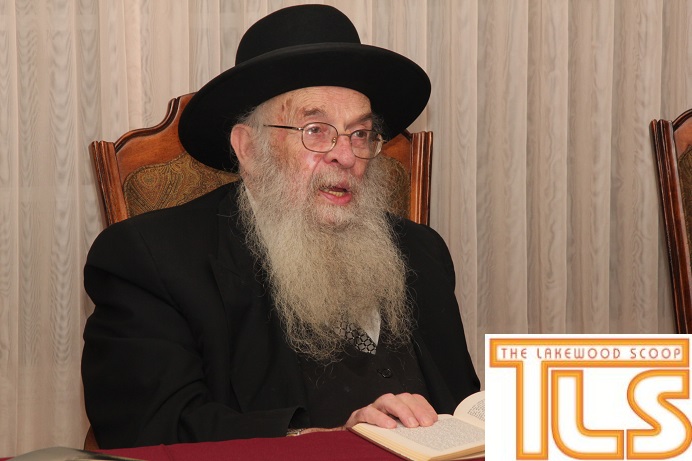 DAYAN HA’EMES: The Torah world was plunged into mourning moments ago with the Petirah of Hagaon Harav Chaim Epstien Zatzal.

The Rosh Yeshiva of Zichron Melech in New York was approximately 80 years old, and has thousands of Talmidim in Lakewood, and worldwide.

As earlier reported, his family was called to his bedside late Tuesday evening after his condition became extremely critical.

According to tentative plans, the Levaya will be taking place in New York and then in Lakewood. His Rebbetzin is buried in Lakewood. 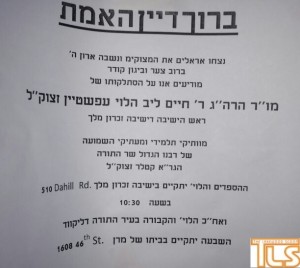 UPDATE: The Levaya in Brooklyn will be taking place at the Yeshivah Zichron Melech, located at Dahill Road and Ditmas Avenue. A live hookup is available by calling 857-232-0159 code #900641.

Details of the Levaya in Lakewood are not yet available. The Kevurah will take place in Lakewood.

UPDATE: The Levaya in Lakewood will tentatively be taking place at 5:30 PM at BMG.

Due to the anticipated large crowd, officials will be meeting shortly to discuss plans.