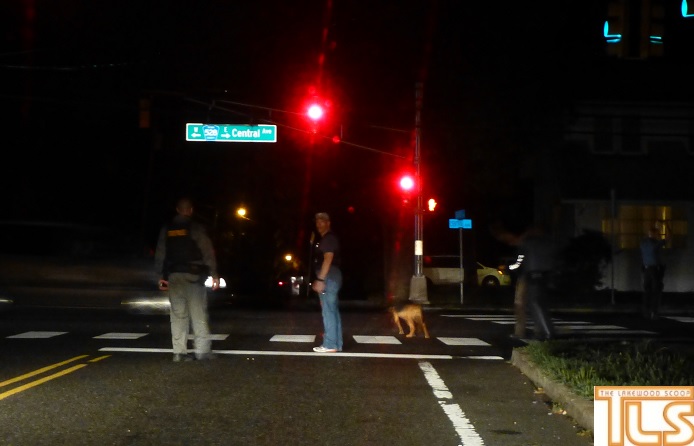 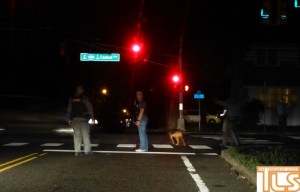 PHOTO: As first reported on our news alerts (@lakewoodscoop), authorities this evening have swarmed the area where a suspect fled from Troopers, officials confirm to TLS.

At around 9 PM this evening, Troopers reportedly attempted to take a suspect into custody in the area of Birch Street, when he fled from them – possibly in handcuffs.

Multiple Lakewood police officers joined in the search of the suspect, described as a black male, wearing a white shirt and sweatpants. Police believe sneakers located in a nearby backyard in the area may belong to the suspect.

A K9 unit was called in to assist in the search, along with Ocean County Sheriff’s Officers and other New Jersey State Police Troopers.

Police swarmed an approximately 20 block radius for the suspect, but as of 11 PM the suspect was still at large.

It’s unknown what the suspect was initially wanted for.