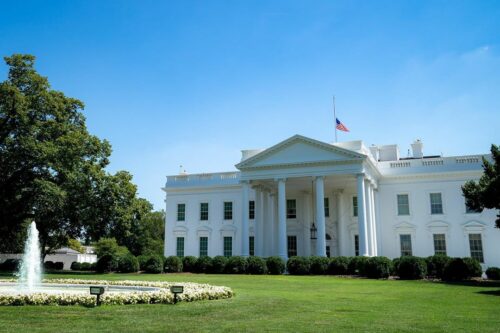 President Joe Biden slammed a recent sickening display of anti-Semitism in Beverly Hills, California after the Orthodox Jewish Chamber of Commerce urged the White House to publicly denounce the incident.

Anti-Semitic flyers were strewn on the front yards of a number of homes in the wealthy Beverly Hills area of Los Angeles on the first night of Chanukah by a yet-to-be identified individual, which contained classic anti-Semitic tropes and blamed Jews for the Covid-19 pandemic and subsequent restrictions and vaccine mandates.

The White House was made aware of the incident by Orthodox Jewish Chamber of Commerce CEO Duvi Honig, who is in frequent contact with the Biden administration on a variety of matters.

“We just saw an incident so horrible anti-Semitic – flyers being left at people’s homes in Los Angeles,” President Biden said. “We must stand against the resurgence of this tide of anti-Semitism and other forms of intolerance and hate, here at home and around the world.”

The president assured the Jewish attendees at the Chanukah celebration that he is a partner with them in the fight to end anti-Semitism and underlined his administration’s commitment to supporting Jewish communities across the United States and the world.

The Beverly Hills Courier acknowledged the Orthodox Jewish Chamber of Commerce’s involvement in the matter, writing in its Thursday publication as follows:

“The gravity of the recent anti-Semitic acts in Beverly Hills was highlighted by President Biden during the White House menorah lighting ceremony… Biden was made aware of this past weekend’s hate crimes in Beverly Hills by the Orthodox Jewish Chamber of Commerce.”

“The Orthodox Jewish Chamber of Commerce’s Board of Directors and I are honored and humbled to have a strong working relationship with President Biden and his administration, and look forward to working together in the future in battling the concerning trends of anti-Semitism, both in the US and globally, as well as on numerous other issues.”