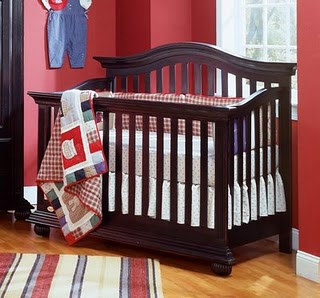 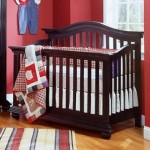 A Barbados-based company on Tuesday recalled about 635,000 cribs sold by Kmart, Sears, Wal-Mart and other stores after the death of a 6-month-old boy and multiple reports of injuries. The Consumer Product Safety Commission announced the recall of 20 models of Dorel Asia cribs with both drop sides and fixed front rails. Some of the Chinese- and Vietnamese-made cribs were recalled because their drop sides can detach, creating a space where a child can be trapped and suffocate or strangle. A 6-month-old boy from Cedar Rapids, Iowa, strangled after getting trapped in the crib when the drop-side hardware broke. His parents were using the crib after trying to repair it themselves.

A statement from Dorel describes the circumstances leading to this death as “highly unusual,” because the crib was known to be broken and had been held together with duct tape, according to investigators of the incident.

Some of the cribs were also recalled because a child can be trapped if one of the slats is broken or damaged. This damage can occur while the crib is in use as well as when it is being put together, taken apart or shipped.

“Hundreds of thousands of Dorel Asia cribs have been properly assembled and used safely without incident,” the company said in a statement. “At Dorel Asia there is nothing more important than a baby’s health and safety.”

To receive a free repair kit to prevent this hazard, contact Dorel Asia at 866-762-2304. More information is available online at http://www.dorel-asia.com. AP