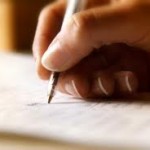 [Reader Submitted] In opening, when I was writing the title “Acheinu kol bais yisroel” I remind myself of a very powerful vort form The previous Belzer Rebbe Reb Aaron  Belzer ZT”L. The Rebbe posed the following question: We say several Yehi Ratzon’s on Monday & Thursday morning following krias Hatorah which all begin with beseeching Hakodosh Baruch Hu to return the shechina in it’s full glory to klal yiroel, that we should share & hear besuros tovos, that our precious talmidei chachomim be protected all beginning with the words Yehi Ratzon, May it be the will of Hashe-m, yet when we come to the final bakosho asking Hashe-m to protect & have mercy on all who are found in a perilous situation we begin with Acheinu kol bais yisroel what happened to the yehi Ratzon?

The rebbe answers with an insight that we should all strive to inculcate into our attitudes & perhaps we would develop a higher tolerance & respect for others despite the slightly different views that are a direct result of our individual Tchunas Hanefesh that we each have.

The rebbe says that when we make the declaration “Acheinu Kol Bais Yisroel”, that is the ultimate ratzon shomayim, one which does not require the opening words of Yehi Ratzon for that is what the Ribono shel oilam wants from us more than anything & that is a unified “Kol Bais Yisroel. When we are on that level of achdus recognizing that despite all of our different “colors & stripes” we make up the beautiful dignified “Bais Yisroel” we can ask Hashe-m to watch over the entire nation & protect “ALL” that are in an Eis  tzoro.

At this time of the year when we all stand in judgement before the kisei hakovod, it would be to our advantage & certainly be a method to be zoche bedin to judge others favorably or perhaps  not be judgemental at all of others.

The Mishne in Pirkei Avos  says “Havei don es kol HAODOM likaf zechus!! In explanation of the use of the words Kol  Haodom as opposed to kol Odom it has been suggested that until you know the person in his or her entirety meaning you know all of intricate details of that individual hardships & challenges you have no right at all to be judgemental. In simple terms, when you place that person under the microscope of your standard of character & or Halacha then midah kineged midah in shomayim  they will demand that level from you & that is frightening. We would be doing ourselves “Justice” by looking favorably at each other recognizing that we are all living through a difficult & trying period of time one in which we should be offering chizuk to each other lifting each other up & not chas vishalom putting each other down.

You know, there is so much done  for kiruv rechokim which is wonderful & is something to be very proud of, but if at the same time we isolate so many of our youth both boys & girls by refering to them as “at risk”. I have to question whether it is truly justifiable to expend the manpower & resources when they can be put to use on various programs to help the precious neshomos that so badly want to be helped & recognized. I feel that the term “at risk” itself which makes a great slogan is something that is very damaging & only creates an unnecesssary wall of seperation between those who consider themselves not being at risk & those that are considered to be at risk.

My torah teaches that we are all at risk as the possuk in Bereishis says “Ki Yetzer Lev Haodom Ra Minioorav”  & as the Gemoro says “Barasi Yetzer Hora, Barasi Torah Tavlin, which in essence means we are all at risk if we do not implement & utilize  the protective measures prescribed by our Chachamim for that very purpose.

We all know what the Yerushalmi at the beginning of the second perek of חגיגה relates about  Elisha ben Abuye (Acher) going off the derech. Would any of us have suggested that he was “at risk”?So to all of the young people who have been made to feel or perhaps even worse have been told that they are at risk, I say to you that we are all in this together & must band together to strengthen each other & by doing so we will all be more capable of facing the bombardment of all of the impurity that is being thrown at us from all sides.

The Lizensker Rebbe ZT”L says that “CHEVLEI MOSHIACH” is like a rope suspended in the sky from one end of the world to the other & we are all grasping that rope & hanging on for our dear lives. Every now & then the Ribono Shel Oilam shakes the rope, sometimes rather fiercely as we have witnessed recently. A fool thinks that the shake is a sign to let go which of course results in the plunge into the abyss, while a wise person understands that quite the contrary it must mean that I have to hold on tighter which is of course the correct reaction.

May we all be mechazek each other & only have  to hold on for a little bit longer as we should be zoche to usher in the new year as a SHNAS GEULAH V’YESHUAH!!!  KSIVA V’CHASIMA TOVA!!