AAA Expecting Over 80,000 Calls From Stranded Motorists By Week’s End 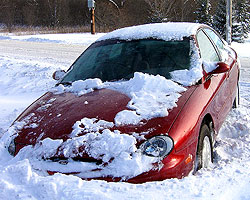 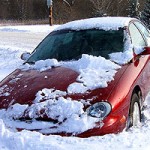 On the heels of one storm, another 12-17 inches of snow has been predicted to blanket the Mid-Atlantic region and this time it is striking in the middle of the work week, increasing the probability of traffic crashes. “With one storm behind us past and another on the way AAA Mid-Atlantic has forecasted that 80,000 calls for emergency road service will be placed by motorists in need of assistance,” according to Tracy E. Noble, AAA Mid-Atlantic spokesperson. According to the Federal Highway Administration each year 24 percent of weather-related vehicle crashes occur on snowy, slushy or icy pavement and 15 percent happen during snowfall or sleet. Over 1,300 people are killed and more than 116,800 people are injured in vehicle crashes on snowy, slushy or icy pavement annually.

Every year, nearly 900 people are killed and nearly 76,000 people are injured in vehicle crashes during snowfall or sleet. Snow and ice increase road maintenance costs.