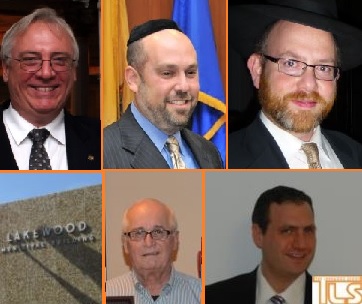 Three Republicans and two Democrats have filed to run in this year’s election for the Township Committee, TLS has learned.

The candidates are seeking to fill two seats on the Committee – one Republican and one Democratic. Up for re-election this year, is long-time Township Committeeman Ray Coles (D), and Committeeman Steven Langert (R).

Running alongside Ray Coles, will be Moshe Raitzik, and from the Republican side, Mike D’Elia Senior – who currently serves as a Fire Commissioner – will be running with Steven Langert. Also filing for the candidacy, is Joel Schwartz, a BOE member, who filed as a Republican.

Joel Schwartz was not endorsed by the Republican Party, but ran with his own slogan of “Restore Quality of Life”.

The deadline to file was 4 PM today.

The Primaries are June 3rd. General Elections are November 4. [TLS]