Yeshivah Bais Pinchos Installs Advanced Security System; Entry Can Only Be Made With Security Card 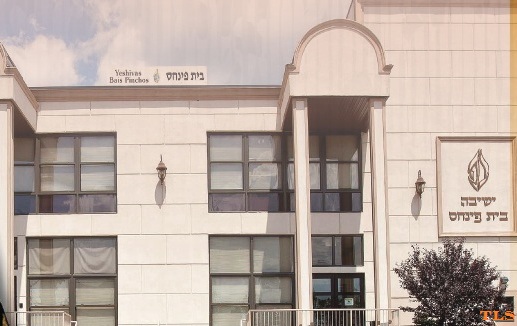 Following the Connecticut shooting massacre, one local school is taking action and bringing school security to a new level. As of tomorrow, Yeshivah Bais Pinchos high school will be locked at all times, only allowing those with a security card into the building.

A sophisticated security system installed at the school, requires every student, teacher, Rebbe, janitor and anyone else to carry a magnetic security I.D. card which would have to be placed up to the door to allow one to enter the premises.

Advanced security cameras were also placed throughout the premises to capture all pedestrian and vehicle activity at all times.

Visitors to the school will have to come to the front door and ring the bell, and will only be ‘buzzed in’ once identified.

“After what happened in Connecticut, we felt this was absolutely necessary”, R’ Shrage Pinter, who also serves as LCSW’s Director, tells TLS. “It’s the least we could do to keep the boys safe”, he says.

Earlier this month, the same school held a security drill, which was directed by a State Police Sergeant.

Pinter says the hefty price tag on the new upgrades didn’t stand in the way of implementing the new security precautions.

“It’s worth every penny to save lives”, Pinter says. TLS.