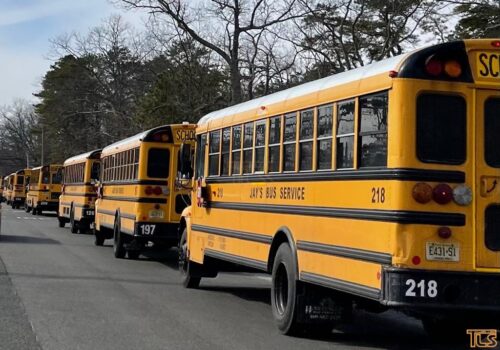 There have been many complaints recently about the quality of bus drivers in Lakewood. Numerous harrowing stories have been told by parents, and there was the now-infamous incident in which a bus driver reportedly tried cutting off a vehicle, lost control, and wound up on top of several parked vehicles.

The problem, many say, is due to a severe bus driver shortage affecting not only Lakewood, but the entire New Jersey. And Governor Murphy won’t rule out the option of calling in the National Guard to help drive buses to ease the shortage in the state.

“I don’t think we, at this moment, need to do what Massachusetts did with the National Guard. That’s an option we certainly could look at” Murphy said. “I think all options are on the table including anything we can do with the MVC” to expedite bus driver permits.

Massachusetts, which is also facing a severe bus driver shortage, has made up to 250 National Guardsmen available to drive buses in certain districts facing shortages.

Governor Murphy also acknowledged that any attempt to hire more bus drivers must “preserve safety” and ensure that they are responsible drivers.

“We have to make sure in our striving to get to full capacity, we don’t compromise safety,” Murphy said.