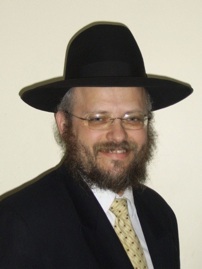 Another concept which has crept into our frum schools from the secular system is that of “zero tolerance”. It refers to the practice of meting out severe punishments (suspension, expulsion) for rule-infractions regardless of context or rationale for behaviour. The term was coined in the Reagan-era war on drugs and introduced into the public school system in 1994 in a quest for “gun-free schools”. Even in the secular world these policies have been severely criticized since they erode trust and communication between staff and student and improve neither safety of schools nor adherence to rules. They certainly have no place in a frum school.

In the first pasuk of the Torah we learn bereishis bara elokim. Rashi notes that the use of “Elokim ” shows the world was originally created with middas ha-din, strict justice (zero tolerance) but it could not endure. Thus in Bereishis 2:4 (b’yom asos Hashem elokim eretz v’shamayim) we see how the world needed to be made with a combination of strict justice and middas harachamim (mercy/compassion) as represented by the four-letter name of Hashem.

Does the Torah ever sanction throwing someone out for a wrongdoing? We can learn much from the case of the unintentional killer who runs to the cities of refuge (Deut.4:42).

First: the setting up of these cities is one of the first mitzvos we were given upon entering Eretz Yisroel. It is incumbent on us to provide safe places for people even if they cannot stay “ in the system”. No one is left just wondering the streets with their lives in danger.

Second: these arei miklat must be very clearly signposted. No one should be in any doubt which way to go when they are on the run. The Gedolim have clearly stated that no Menahel can throw a child out of school without a clear alternative place for them to go. Such an act puts neshamos at risk.

The Chazon Ish ztz”l was asked whether a challenging girl should be expelled from Beis Yaakov Seminary in Bnei Brak. He responded “A neshama is at stake here. Such cases require a beis din of twenty three…” (the requirement for judging capital offences). (The Chazon Ish, Rabbi Shimon Finkelman, p.86)

Third: and perhaps most important of all Chazal (Makkos 10a) teach us that since the killer must stay in the Iyr Hamiklat until the death of the Kohen Gadol, his Torah teacher should go with him. The rebbi himself is held accountable. He failed to inculcate the proper awareness in his student to avoid unintentional killing. Of course if the Rosh Yeshiva goes, then so must the whole yeshiva. The message is loud and clear. Whatever you have done we are all in this together, you are not giving up on Torah learning and Torah learning is not giving up on you.

Rabbi Abenson is the founder and director of ShaarHatalmud, a unique yeshivah-based online program, which incorporates learning all Kodesh subjects, from Kriah all the way up to learning Gemara, Rishonim and Shulchan Oruch. He also conducts evaluations, remediation and training, and consults with school principals to improve students’ underdeveloped skills.
Rabbi Dovid Abenson can be contacted at: Tel. 15147393629, Cell/Whatsapp 15149935300, Email: [email protected], Website: ShaarHatalmud.com