What I Learned When Social Media Crashed | Avi Gutfreund 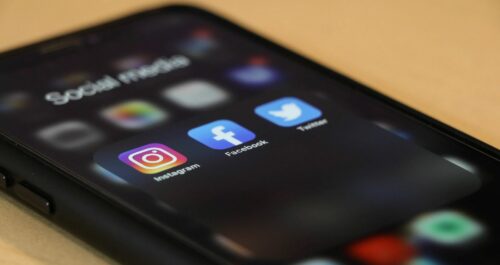 WhatsApp, Facebook, and Instagram all went down for much of Monday. Aside from all the jokes made about the crash, the worst since 2008 for Facebook, I had a realization that I hope others had as well.

During the crash, TLS ran three polls – one asking if people missed WhatsApp, another asking if they miss Facebook, and third asking whether they miss Instagram. The results were fascinating and enlightening.

62% of people said they missed WhatsApp. This makes sense because the messaging app is many people’s primary way of communicating with others. But the results from the polls about Facebook and Instagram were quite different.

What this shows us so clearly is how badly we need to disconnect ourselves from the endless barrage of negativity, false positivity, and general insanity that exists on social media.

We turn to social media for ideas, to waste time, and to see what others are up to. But we give little thought to how those apps affect us, especially our mental health. Almost nobody is happier because they are on social media.

Just today, a whistleblower who is a former Facebook employee testified before Congress, telling lawmakers that the company knows the negative effects the Facebook and Instagram platforms are for people’s mental health, and that they could take steps to make it better, but they don’t because they put their “immense profits before people.” The social media companies themselves know the harm they are causing you, even if you don’t.

Maybe a break from social media is all your really need.