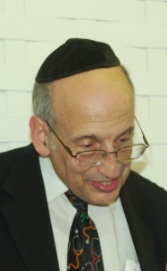 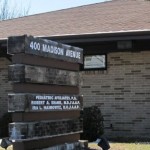 Today, the Assembly Budget Committee heard testimony on Gov. Christie’s plan to slash Medicaid by $300 million, in attempt to overhaul healthcare. Democrats slamming the Governor for his overhaul attempt say low-income residents will have no choice but to purchase more expensive insurance.

“The Medicaid program may need changing and flexibility, but the people of New Jersey need to know what the plan will be to preserve access to quality health care. So far, the administration hasn’t been able to explain one”. “When you prepare a budget, it’s best to minimize risk. Trying to save $300 million through an undefined Medicaid cut that needs federal approval, when the budget surplus is going to $303 million, is a huge risk.

“This cut could seriously jeopardize health care for the state’s most vulnerable residents.”

However, not all are against the Governor’s plan.

Assembly Republican Budget Officer Declan O’Scanlon, R-Monmouth and Mercer,  is an example of those in support of the plan.

“The Christie administration faced an extremely difficult task to make sure our state’s most vulnerable still has access to quality healthcare at a time that New Jersey lost almost $1 billion in federal funds from last year to this year. I’m pleased to see the administration responded to this challenge with an ambitious effort to reform the program so that it can provide better healthcare for the most vulnerable with less federal resources”.

“Despite the Democrats’ attempts to muddy the water by throwing false and irresponsible doom-and-gloom scenarios, less money does not always mean less services. There are better ways of delivering healthcare and the Governor’s plan will maximize federal dollars, root out fraudulent and wasteful strains on the system and improve access to early screening and treatment to make sure every dollar we spend is used as efficiently and effectively as possible”.

“The problems facing Medicaid are felt nationwide, not just in New Jersey. Governor Christie’s approach – based on other states’ successful models – will ensure that with responsible governance, access to healthcare will always be available for those who need it.”

Should the Governor have his way, thousands of Lakewood residents benefiting from the program, could be affected. TLS.