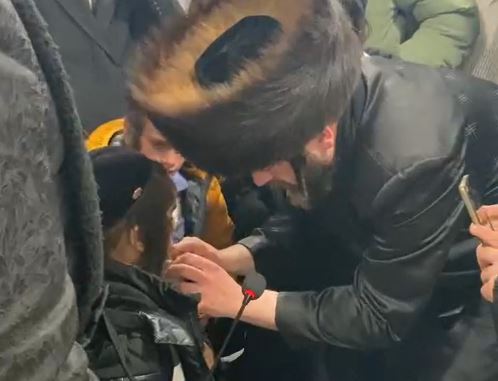 [COMMUNICATED] Over the past several months, readers around the world have followed the story of 32-year old, mother of 5, Chaya Marian. Chaya was diagnosed with cancer shortly after the birth of her youngest child, and suffered rigorous treatments as well as the state of poverty that came with oppressive medical debt.

Chaya passed away Friday afternoon, leaving behind 5 devastated children. It is noted that often children saying kaddish at levayas seem to possess a stunned quality, as if they cannot understand what they have lost. The Maryan levaya was no such case: The Maryan boys wept openly as they tore kriah and prayed over their mother’s body. The photos and videos make it clear why the crowd was deeply moved by the sight.

A Chesed Fund page has been opened to help raise Chaya’s 5 children in her absence. The family is already living in a small one-bedroom apartment, and in more debt than they could possibly repay. Donations could help ensure that the Maryan children will have their basic needs met, at the very least.

Donations are being collected here for a limited time.