WATCH NOW: A Revolution Has Been Spawned! 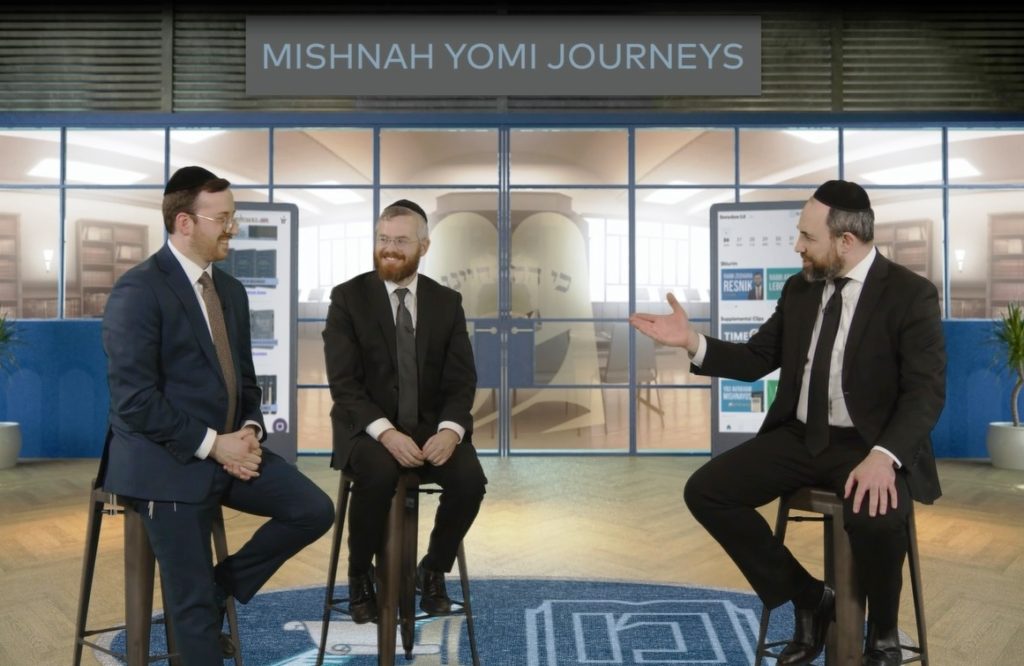 However you refer to it, know this: It’s changing lives all over the world.

Simply put, it’s a game-changer in the Torah world.

Some months ago, ArtScroll, the Orthodox Union, and Agudath Israel’s Ki Haim Chayeinu – three of Klal Yisroel’s leading and most impactful organizations – teamed up in an unprecedented campaign to spread the word about the upcoming Mishnah Yomi cycle. Immediately, people in communities across the fruited plain and beyond recognized an opportunity to expand their Torah learning.

Daf Yomi learners identified it as a chance to study the sedorim of Zeraim and Taharos, which are not covered in the Daf Yomi cycle.

Kollel fellows and baalei batim added it on to their regular sedorim, another 5-10 minutes of inspired Torah learning.

Youngsters in schools and communities from coast to coast and abroad were thrilled to start this new cycle, the goal of completing Shisha Sidrei Mishnah by learning just two Mishnayos a day invigorating them.

From Miami to Montreal, Waterbury to Williamsburg, Lakewood to London, Brooklyn to Boca Raton, and in cities all across the world, tens of thousands joined the learning of Mishnah Yomi – and it’s very literally changing lives.

This past week, representatives of ArtScroll, the Orthodox Union, and Ki Haim Chayeinu hit the streets, visiting people who are learning Mishnah Yomi and have found it to be transformative. Rabbi Yitzchok Hisiger, Rabbi Moshe Schwed and Rabbi Shai Markowitz heard firsthand stories from those who have been deeply inspired by what Mishnah Yomi has brought to their lives.

Their first stop was in Crown Heights, NY, where they met with Jake Brody at his home on Eastern Parkway.

“Mishnah Yomi connects you so much,” said Brody. “It just sparks that light.”

The expedition continued with a stop in Kew Garden Hills, NY, where the group met with Yaakov Katz.

The trip concluded with stops in Englewood, NJ, and Passaic, NJ.

“On every perek of Mishnayos, I try to find one sugya that is the theme of the perek, and go a little in depth,” said Moshe Niehaus of Passaic, who has enhanced his Mishnah Yomi commitment with more in-depth study of each perek, adding a new dimension to the Mishnayos for the many who listen to his recordings.

The message during each visit was the same: Mishnah Yomi provides a doable, practical, and fulfilling framework through which to connect to Torah learning. From scholar to novice, from talmid chochom to young child, Mishnayos learning is something everyone can – and should – devote time to.

“We have students walking the halls, sitting in small clusters and even waiting for the bus learning Mishnah,” said Rabbi Chaim Hagler of Yeshivat Noam, another school where Mishnah Yomi has the students engaged.

At each stop on “the Mishnah Yomi expedition,” the learners of Mishnah Yomi hailed the fantastic resources that are enhancing the study of Mishnayos, from the OU’s All Mishnah app, which features scintillating shiurim from some of the world’s most talented maggidei shiur, to ArtScroll’s Schottenstein Elucidated Mishnah, Ryzman Hebrew Mishnah, and Yad Avraham series, as well as the ArtScroll Digital Library/Wasserman Digital Initiative, which provides all of Mishnah in the palm of your hands.

In advance of the new Mishnah Yomi cycle, Ki Haim Chayeinu sponsored thousands of copies of pocket-size Maseches Brachos of the Schottenstein Elucidated Mishnah and Ryzman Hebrew Mishnah for those who committed to learn Mishnah Yomi.

“Mishnah Yomi is the perfect daily learning program for people of all ages and backgrounds,” remarked a Mishnah Yomi learner. “It’s an opportunity to bond with your child or grandchild as you study together, enjoying the feeling of accomplishment as you complete a masechta almost every month and a seder of Mishnah every year.”

“Every Yid has a chiyuv to learn kol haTorah kulah, and Mishnayos are the basis of it. And to have a schedule to go through it is great,” said Rabbi Harayl Askotzky of Yeshivas Toras Chaim Toras Emes.

It’s all of the above and so much more, as Mishnah Yomi transforms the world, one Mishnah at a time.

Watch, learn, and be inspired: 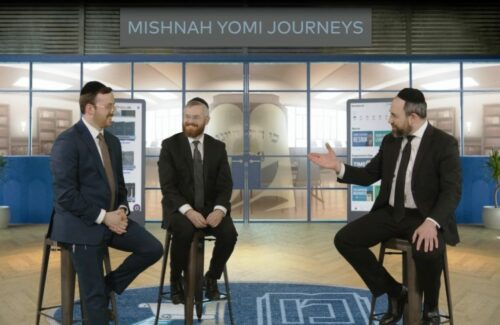