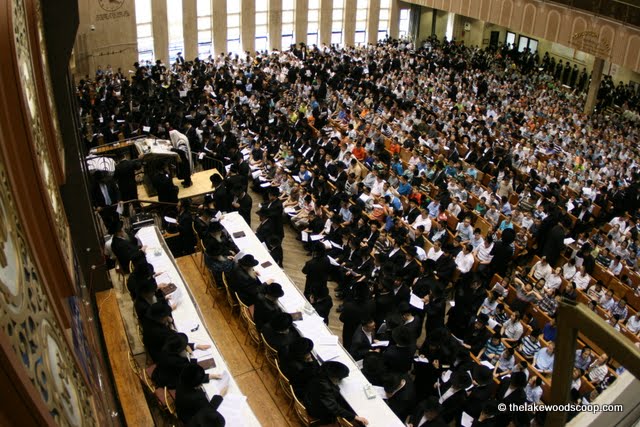 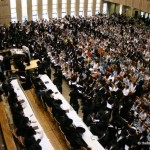 [PHOTOS & VIDEO from last year] If one child’s pure prayer is a heaven-piercing arrow, then a minyan of children’s tefillos is an invincible army. How much more so, then, is the awesome power of tens of thousands of tefillos emanating from the innocent mouths of tinokos shel bais raban and ascending heavenward!

For the past seventeen years, Klal Yisroel has had the zechus of having tens of thousands of children davening on our behalf during the Aseres Yemei Teshuvah, the most auspicious time of the year. This Tehillim Asifah is coordinated each year by Misaskim and will once again take place tomorrow, October 4th, at 1:00 p.m. EST.

The Tehillim Asifah has been initiated in response to the many tzaros which Klal Yisroel and Misaskim confront daily. It is another way to unite Klal Yisroel – this time, in a magnificent effort to provide us all with a sweeter year.

Thousands of children across several countries and continents are united via a live hook-up during the asifah. About 40 local yeshivos gather in the Bobover Bais Medrash in Boro Park, where the main Asifah takes place. The tefillos are led by our Gedolim and Admorim. Together, they implore Hashem to grant Klal Yisroel a shana tova umesukah. Specifically, they beseech Hashem: “Avinu Malkeinu shelach refuah sheleimah l’cholei amecha,” as they daven for a complete recovery to all those who are suffering. The thunderous voices of thousands of young children proclaiming: “Amein Yehei Shemei Rabba … Hashem hu Haelokim,” reverberate from the Bobover Bais Medrash and echo in the hundreds of participating sites worldwide. Surely many gezeiros are repealed and yeshuos attained as a result of this meaningful gathering.
Regardless of your location, your tefillos can join with hundreds of thousands of others as the sha’arei shamayim are opened wide tomorrow at 1:00 p.m.

The program will begin with the recitation of the following kapitlech of Tehillim: 13, 20, 79, 121, 130, and 142. This will be followed by Minchah, Avinu Malkeinu, Selichos of Shlosh Esrei Middos, and Kabolas Ol Malchus Shomayim.

May all of Klal Yisrael be zoche to a sweet year of health, happiness, nachas, hatzlochah and sholom for us all.

TLS will have a live video feed of the program.