Waiting For A Bargain? N.J. Shoppers May Not See Post-Holiday Sales Of Years Past 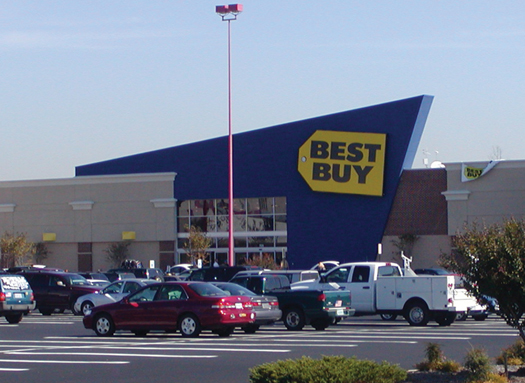 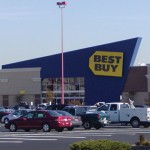 Shoppers who kept their wallets closed this holiday season, willing to gamble the steepest discounts will come with post-Christmas sales, are likely to be disappointed this year, according to retail industry watchers. Although doorbusters will still be plentiful, with chains such as J.C. Penney opening as early as 5 a.m. Saturday, stores this year will offer a leaner selection of items and less-dramatic discounts, analysts say. “You only need to have deep discounting when you have excess product,” said Matt Powell of Princeton Retail Analysis. “I don’t expect to see excess product out there at all after the holidays.”

Caryn Borger, an endocrinologist from Livingston, was used to eye-popping markdowns offered by retailers last year. She decided to hold off on buying certain items this year until her favorite stores sweetened their bargains. So far, the tactic hasn’t worked as well as she expected.

“I saw an item that was actually more expensive than it was a week ago,” said the 37-year-old mother of two, reached Thursday at her home. She had just gone to Toys “R” Us to buy a new game for her daughter’s Leapster handheld game system. It had been marked up from $18 to $26.

“I said ‘forget it’ and walked out of the store,” said Borger. “I’m still holding out.”

The post-Christmas shopping season is often as frenzied as its precursor, as consumers rush to redeem gift cards and exchange unwanted presents. Since Dec. 26 falls on a Saturday this year, stores could draw larger crowds than usual, Powell said. He added retailers have carefully trimmed their inventories, avoiding the steep markdowns of last year when they were drowning in excess merchandise.

That means shoppers will have to look harder for what they want, if they can find it at all, said Sapna Shah, a principal at Retail Eye Partners, a Manhattan-based research firm.

“The stores are very, very clean,” she said. “Consumers are hoping to get the unbelievable discounts that they got last year, but I don’t think they’re getting them — even post-Christmas.”

Still, luring shoppers remains the end-of-year priority and many retailers plan to open their doors earlier than ever before Saturday. Some took the unprecedented step of unveiling their post-holiday deals days in advance, analysts said.

Best Buy on Tuesday touted several computer deals it will offer online today and in stores Saturday, including a Lenovo netbook for $197, marked down from more than $300. J.C. Penney on Monday disclosed several deals along with its earliest post-Christmas opening in the company’s more than 100-year history.

Toys “R” Us, based in Wayne, will advertise “buy one, get one half off” offers in newspapers starting Saturday, said spokesman Bob Friedland, though he declined to say if the toy giant will discount the Zhu Zhu pet — a $12 interactive hamster that was its hottest item this season.

Toys “R” Us also plans to preview its 2010 products in stores this weekend, including new Barbie and Lego products, added Friedland.

On the heels of last year — one of the worst holiday shopping seasons on record — the promotions this year are more strategic. Retailers are repeating their approach to Black Friday by getting their ads out early, though they won’t be accompanied by last year’s “stupendous discounts,” said Shah.

Many hope to use the post-Christmas rush to boost their sales figures during what has been a disappointing month for the retail sector. Sales rose at the slowest pace in 15 weeks this month after record snowfalls shut stores early and kept consumers at home during one of the biggest shopping weekends of the year, according to the National Retail Federation, a Washington-based trade group.

Even smaller, independently owned stores in New Jersey want to cash in on the post-holiday crush. Nita Novy, who owns a specialty clothing store called Nita Ideas in Millburn, will open her doors at 10 a.m. Saturday, kicking off her winter sale one week early.

“In the past, we really didn’t play that game like big retailers,” said Novy, whose lush hand-beaded shawls and custom-designed gowns can sell for as much as $2,000. “But everybody has an eye to savings and bargains these days, so we decided to get a jump on things this year.”

But even as retailers pull out all the stops this weekend, shoppers will have the last word on December sales, which are only expected to rise about 2 percent, according to the International Council of Shopping Centers.

“I think everybody this year realizes that they don’t need all of things that they thought they did,” said Borger, who said she plans to hit the malls this weekend, but won’t flinch if she finds unstocked shelves.

“If I get there and don’t see what I want, that just means I didn’t need it in the first place.” Star Ledger.