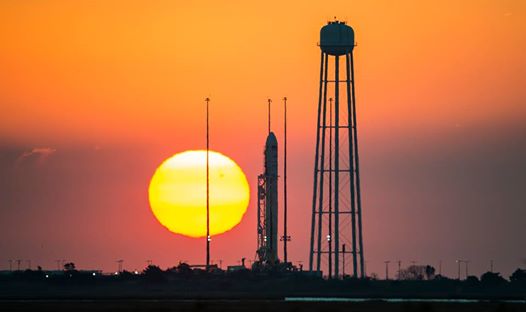 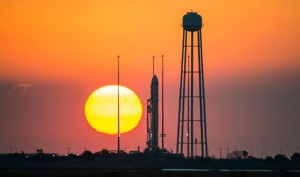 You may be able to view a NASA International Space Station-bound rocket from your porch in New Jersey tonight. At 6:45 p.m., NASA will be launching the Orbital Sciences Corporation Antares rocket, with the Cygnus cargo spacecraft on top.

Liftoff is scheduled for 6:45 p.m. EDT from the Mid-Atlantic Spaceport’s Pad 0A at NASA’s Wallops Flight Facility in Virginia.

Live coverage of the launch on NASA TV will begin at 5:45 p.m. at: http://www.nasa.gov/ntv

Cygnus is loaded with about 5,000 pounds of science investigations, food, supplies and hardware for the space station and its crew. 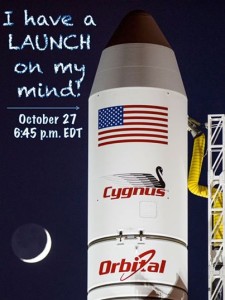 UPDATE – The launch was cancelled tonight due to a boat in the water, NASA says. The launch is being rescheduled for tomorrow.

A launch this evening will result in Cygnus catching up to the space station on Sunday, Nov. 2. Cygnus will be grappled at approximately 4:58 a.m. by NASA crew members Reid Wiseman and Barry “Butch” Wilmore. Cygnus will be attached to the Earth-facing port of the station’s Harmony node and will remain in place approximately one month. It is scheduled depart the space station on Dec. 3.