VIDEO: Troopers Save Suicidal Woman Attempting To Jump From Overpass 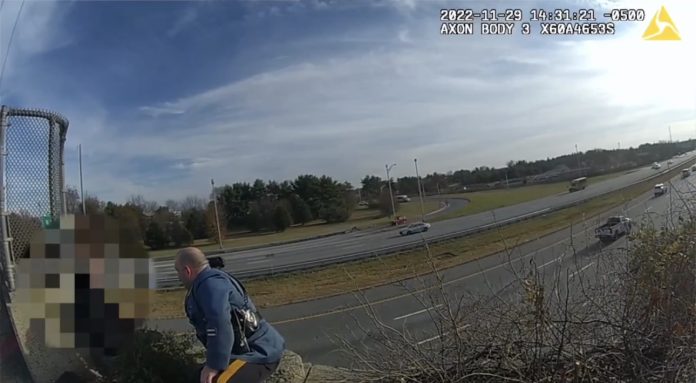 On November 29, Troopers Michael Basti and Stephen McDonald were dispatched to the State Highway 38 overpass on Interstate 295 for the report of a person sitting on the edge of the bridge. When troopers arrived, they made contact with an 18-year-old woman in a state of emotional distress.

While speaking to the woman, troopers determined that she was distraught and was contemplating jumping from the bridge. They made a determination that they needed to take action in order to save the woman’s life. They quickly grabbed the woman and successfully pulled her away from the edge.

A short time later, Mount Laurel EMS arrived on scene and transported the woman to an area hospital for further treatment.

“We urge anyone experiencing a crisis that seems too much to bear to contact the National Suicide Prevention Lifeline at 800-273-8255 or go to www.suicidepreventionlifeline.org,” police said.