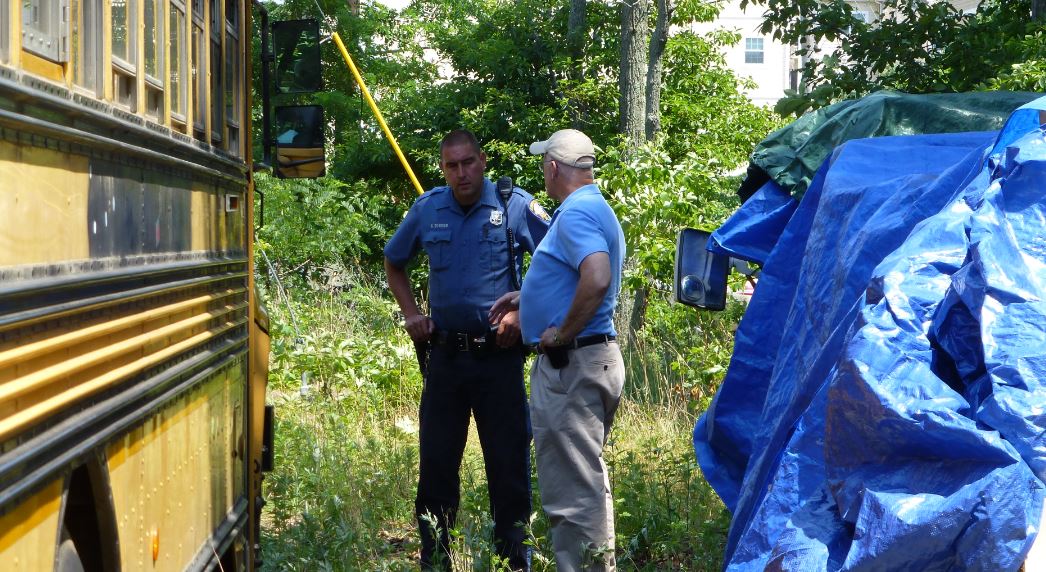 VIDEO: After leaving the encampment he called home for about seven years, Tent City’s founder Minister Steve Brigham was issued a summons and told to vacate his newly-established home.

Police and the Inspections Department today responded to a private property at the intersection of Cedarbridge Avenue and Vine Street, where Minister Steve Brigham parked his school bus and other vehicle he took with him from the homeless camp.

Brigham was issued a summons for illegally parking his vehicles, and was given notice to vacate the property by the end of the day.