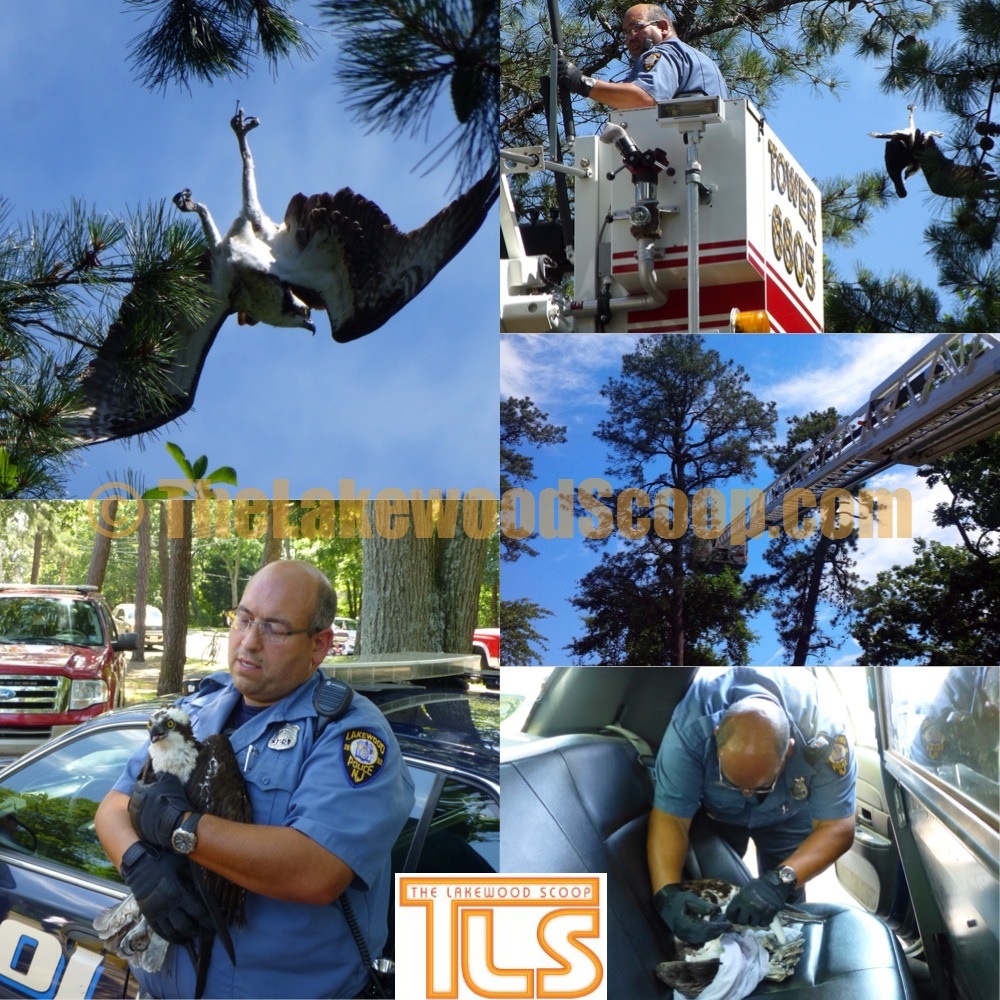 VIDEO & PHOTOS: An Osprey tangled and hanging upside down from a tree was rescued today, thanks to the actions of Lakewood Police and

At about 10 AM today, police received a call about a large bird hanging upside down and flapping its wings about thirty feet above the edge of the lake on South Lake Drive.

Upon arrival, Police Office Joseph Sandstrom located the bird, which appeared to be tangled in fishing string, and unable to free itself. Officer Sandstrom called for a hook and ladder truck to reach the bird.

Once down, the Officer attempted to let the bird fly, but it was unable to fly properly due to an apparent injury. The bird, residents tell TLS, was stuck in the tree for quite a few hours before it was brought to the attention of authorities.

Officer Sandstrom recaptured the bird, and fed it water in the back of his patrol car, before it was determined that it be brought to a specialist in Toms River.