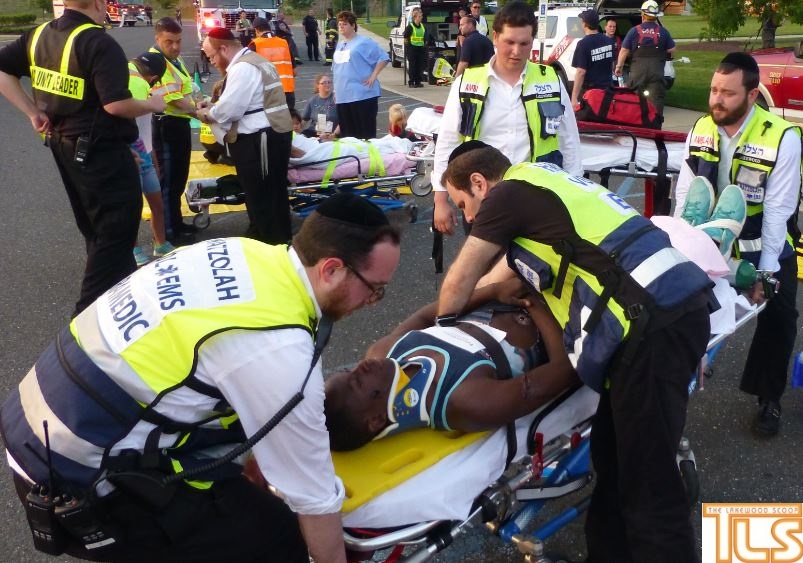 Emergency personnel arrived at the scene to find dozens of patients injured in a gas explosion on the upper level of the stadium building.

All of Lakewood’s Emergency Services were called in, as well as mutual aid from neighboring townships.

After tagging the patients with either green, yellow, red and black tags – with black being a deceased party – the patients were then brought out to the Triage area, where they awaited treatments on a priority basis. Once receiving initial treatment, the injured were placed on waiting ambulances and transported to various hospitals. Some patients needed to be airlifted.

It took about two hours to locate remove all the patients from the building and to secure the scene.

“This really tests our abilities to respond to a real emergency,” says Committeeman and Liaison to Emergency Services Meir Lichtensteien.

A similar drill was held last October in Lakewood, though this one was on a much larger scale. [TLS]