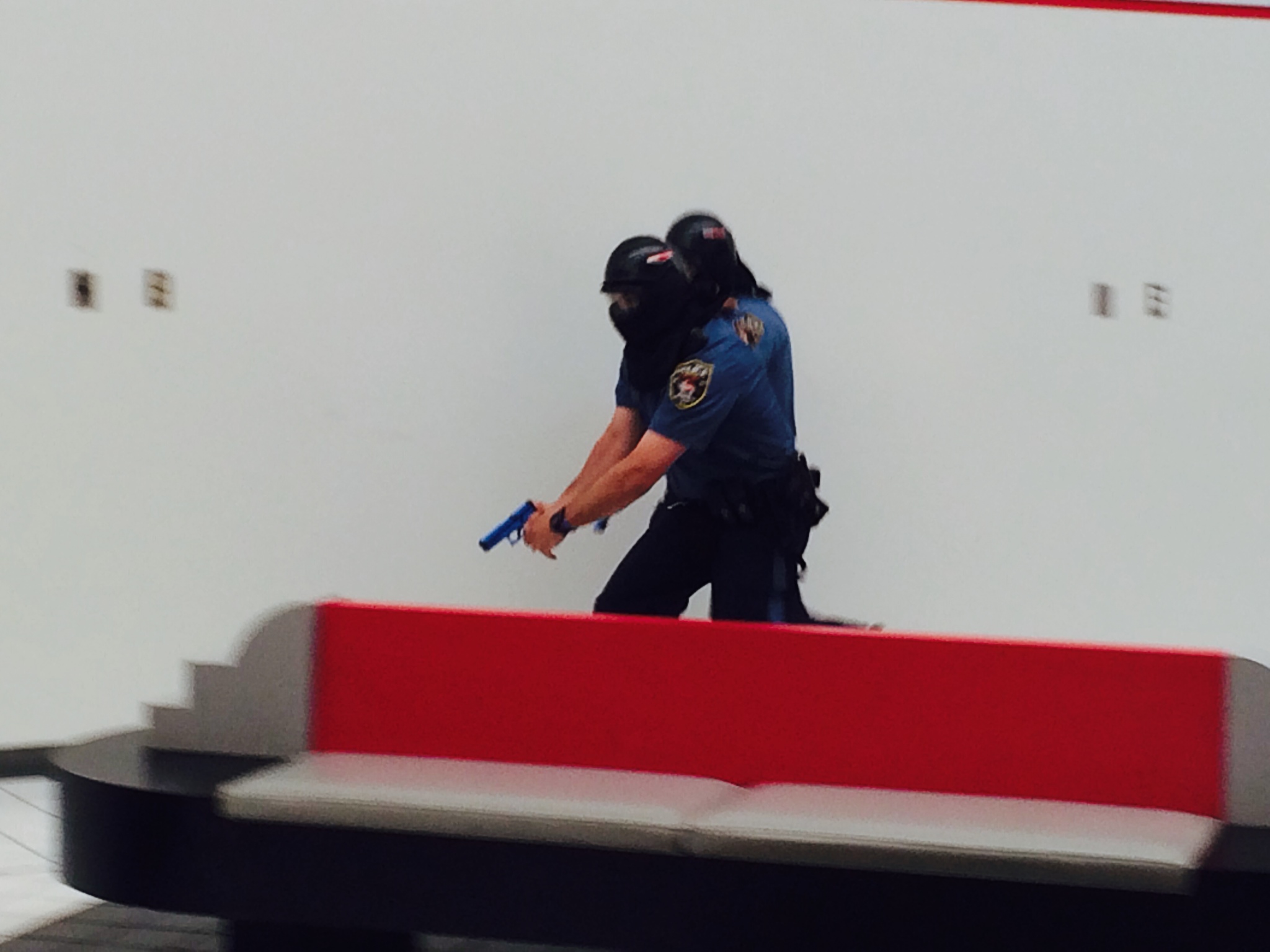 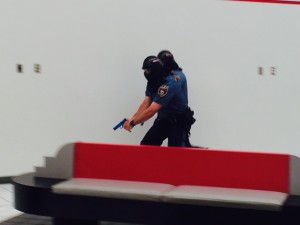 This training consisted of officers responding to dispatched simulated calls for assistance from the movie theatre. Once on scene they tracked down and “stopped” the role-player(s) portraying an active shooter. The Brick Township Police Department has been conducting this type of training for several years, typically using the public schools.

On July 20, 2012, a mass shooting occurred inside of the Century Movie Theater in Aurora, Colorado, during a midnight screening of the film The Dark Knight Rises. A gunman, dressed in tactical clothing, set off tear gas grenades and shot into the audience with multiple firearms, killing 12 people and injuring 70 others. In an effort to afford the most effective response and protection for the citizens of Brick Township and visitors to our town, our training unit was able to secure a movie theatre for this training.

This specialized training is provided to keep law enforcement personnel educated and prepared to respond to critical incidents. [TLS]