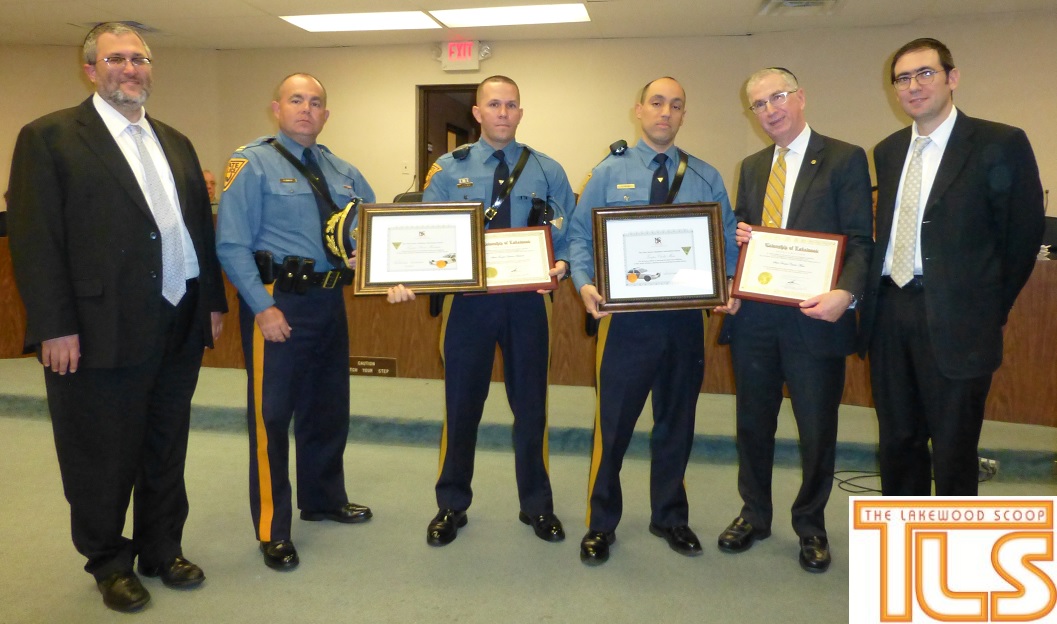 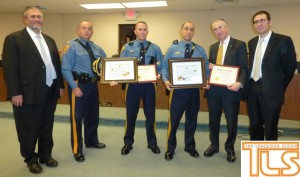 VIDEO: The two New Jersey State Police Troopers who helped deliver a Lakewood couple’s baby on the Garden State Parkway last month were honored by the New Jersey Chaplains Association, and by the Lakewood Township during the Township Committee meeting Thursday evening.

Original report on the story:

Troopers Yenier Hurtado and Carlos Mesa helped a Lakewood couple deliver their baby on the side of the Garden state Parkway early this morning, NJ State Police say.

The expecting mother, who requested her name remain private, went into labor last night and was being driven to the hospital by her husband when it became apparent that the baby was not going to wait. The father-to-be parked their minivan on the right shoulder, called 911, and assisted his wife until troopers arrived.

“When Trooper Hurtado arrived, the baby boy had just been delivered. He immediately removed his uniform shirt, wrapped the baby in it, and then handed him to his mother,” the NJSP said. While waiting for paramedics, troopers helped with other aspects of the birthing process.

“When the paramedics arrived, the troopers assisted by attaching the clamps to the umbilical cord and Trooper Hurtado had the honor of cutting the cord and carrying the baby to the ambulance,” Police say. Mother and baby were taken to Monmouth Medical Center in Long Branch.

The new parents expressed their appreciation for the assistance and attentiveness of the troopers, and were grateful for their presence. Mom and baby are at the hospital doing well, and the family is looking forward to privately celebrating the birth of their son.