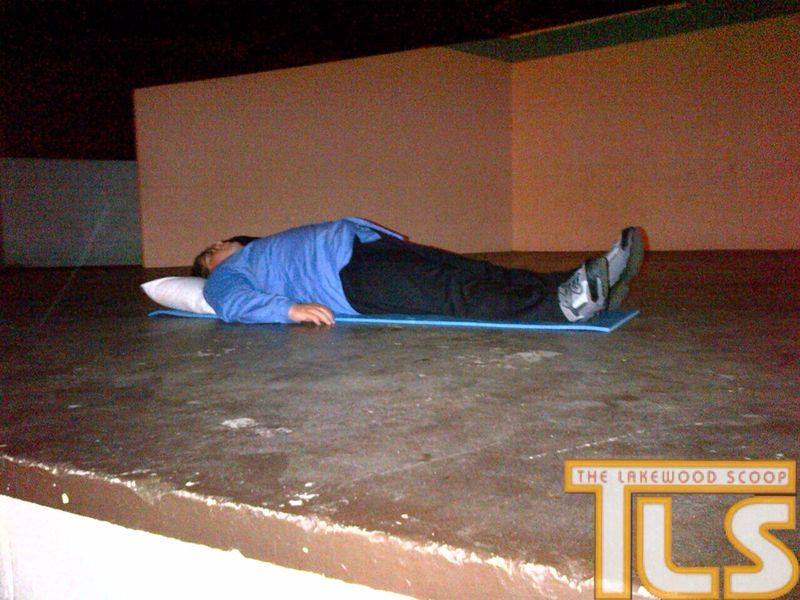 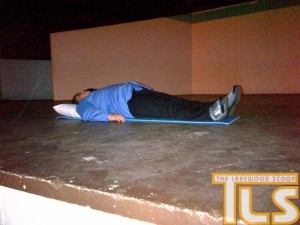 VIDEO: Alex Libman, the former Tent City man who was arrested after refusing to leave the encampment during its closing, and who refused housing by the Township, has decided to keep protesting on his own.

In protest, the apparently-one remaining protester has in recent days slept in Town Square and at the amphitheater and on other Township properties, clearly admitting he’s “deliberately confronting and violating those laws.”

Watch video below of Alex Libman speaking to a passerby last night while getting ready to sleep on the stage of the amphitheater.