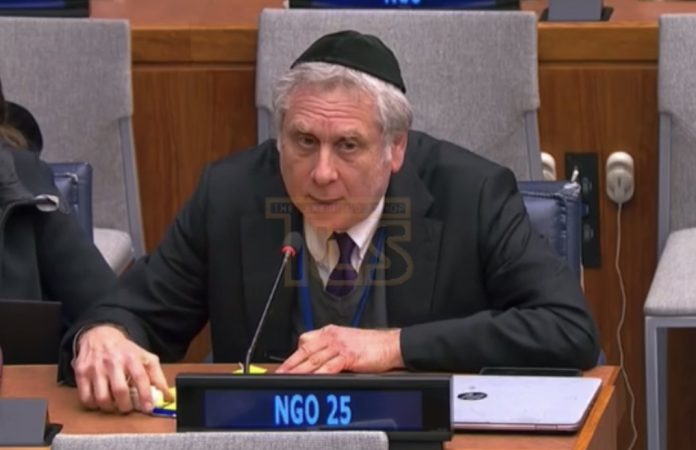 Yeshiva Pirchei Shoshanim has become the spokesman for the Indigenous tribal people of the Philippines.

“Untold numbers have taken on the Sheva Mitzvos Bnei Noach,” Rabbi Todd told TLS. “YPS is assisting the many tribes in with their humanitarian rights as they have been exploited for many years. The Yeshiva is acting as a beacon of light providing courses and allowing hundreds of thousands to learn of the Seven Noahide Commandments.”

Yeshiva Pirchei Shoshanim, which was founded under the auspices of Rav Aryeh Leib Berenbaum Zt’l, has now grown into the largest long-distance Semicha program in the world. The Yeshiva now has residents in over 50 countries learning the Noahide laws.

Watch his address at the UN below.