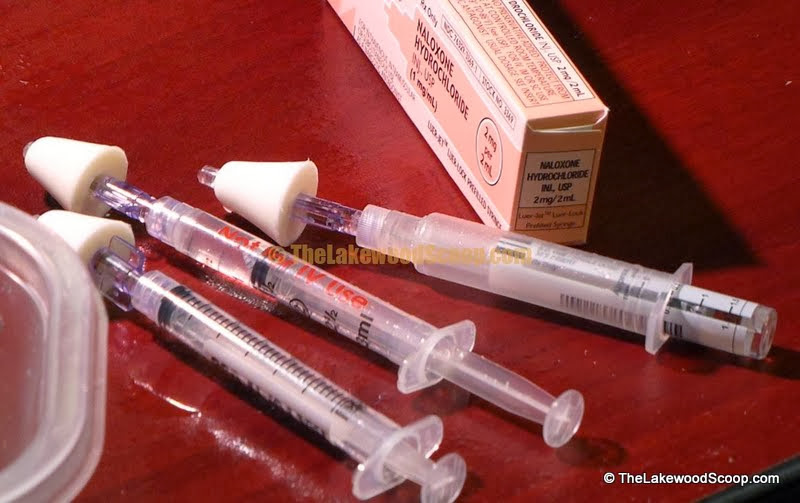 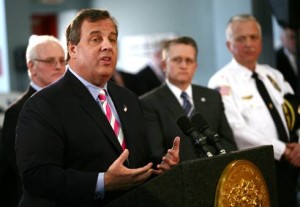 VIDEO: Governor Chris Christie announced Wednesday the formal launch of a pilot program in Ocean and Monmouth counties that will train and equip police officers to administer the antidote Narcan to persons suffering from an overdose of heroin or prescription narcotics. Governor Christie described the Narcan program as a vital, life-saving element of the State’s broader approach to the drug problem, which also includes vigorous awareness, enforcement and anti-addiction efforts.

“The nation’s ‘War on Drugs’ has been a dismal failure,” said Governor Christie. “Unless we recognize and call out the failures of the system and remove the stigma of dealing with addiction for what it really is – a disease – we won’t make progress. That’s why we’re taking a different approach in New Jersey, one that changes the conversation by putting people and treatment first. Today, we’re adding another new tool in our fight to save lives from drug abuse and addiction.”

Governor Christie noted that police in all 32 Ocean County municipalities are already being trained in how to administer the nasally-injected Narcan antidote to overdose victims, and that the training of police officers throughout Monmouth County will begin soon.

He credited Acting Attorney General Hoffman, as well as Ocean County Prosecutor Joseph D. Coronato and Acting Monmouth County Prosecutor Christopher J. Gramiccioni for working together, and with other State agencies, to create a standardized law enforcement training module that can be readily adopted by any county.

“This is a vitally-important initiative,” said Acting Attorney General Hoffman, “because, as we all recognize, too many people have been dying in our state as a result of opiate abuse. Training and equipping our police officers to administer Narcan gives us a fighting chance to reduce the number of tragic and senseless drug deaths.”

New Jersey’s pilot Narcan program has its roots in collaboration between the Ocean County Prosecutor’s Office and Dr. Kenneth Lavelle, an emergency room physician at Thomas Jefferson University Hospital in Philadelphia. Working together, they developed a template modeled after a successful program launched in the state of Massachusetts.

Subsequently, the Attorney General’s Office, along with the Department of Health and the Department of Human Services, reviewed the Ocean County program and offered recommendations to strengthen it. Those recommendations have been incorporated and are reflected in the model program for Ocean and Monmouth Counties announced today. Governor Christie credited Ocean County Prosecutor Coronato for leading the county’s proactive response to increasing heroin overdose deaths, and credited Acting Monmouth County Prosecutor Gramiccioni for his leadership in seeing the value of the program, as well as generating county-wide support for the program.

“Adding Narcan to all Ocean County patrol officers’ first-aid kits is the most significant measure we can take toward stopping the tragic increase in opiate related overdose deaths,” said Prosecutor Coronato. “I thank Governor Chris Christie for his strong support of our lifesaving efforts. Like Acting Attorney General Hoffman, my office is committed to providing guidance to New Jersey law enforcement in implementing Narcan statewide.” “Governor Christie is taking the smart approach to battling the heroin epidemic in our state by putting Narcan in the vest pocket of police officers and first responders,” said Prosecutor Gramiccioni. “Narcan has proven over and over again that it saves lives. Narcan doesn’t solve the problem of heroin and opiates addiction, but it absolutely provides an antidote for the poor decisions driven by addiction.”

An aerosol form of naloxone, Narcan is administered nasally through use of a syringe-atomizer. Actual Narcan dose packs cost $25 each and, under the program, police officers will be provided equipment for use in administering the drug, including medical gloves and syringe-atomizer, bringing the total cost of a Narcan kit to $50. Initial funding for the program will come from criminal forfeiture monies, after which municipalities will be responsible for purchasing their own Narcan kits.

· Each local law enforcement agency must utilize a Standard Operating Procedure for the use of Narcan.

· Each agency must designate a Narcan Program Coordinator who will be responsible for training all police personnel at their agency and ensuring Narcan kits are properly deployed.

· A County Coordinator is designated in each participating county to oversee the training and distribution of Narcan kits to the municipal Program Coordinators after all personnel are trained.

· Training is accomplished through a “Train the Trainers” model whereby a designated officer participates in training sessions conducted by Dr. Lavelle, then takes that training back to his or her home policing agency and trains fellow officers.

· Each municipal officer’s name and training certification is supplied to the County Coordinator prior to issuance of the Narcan kits. Narcan kits are prescribed for each officer, once that officer has been certified after training.

Acting Attorney General Hoffman said it is his hope that every county will ultimately put the Narcan antidote program in place. He said a number of counties have already contacted his office and expressed interest in implementing the program.

Earlier this year, Governor Christie issued a waiver to more than 28,000 certified EMTs to allow them to administer Narcan, subject to their completion of a training course approved by the Department of Health. [TLS]