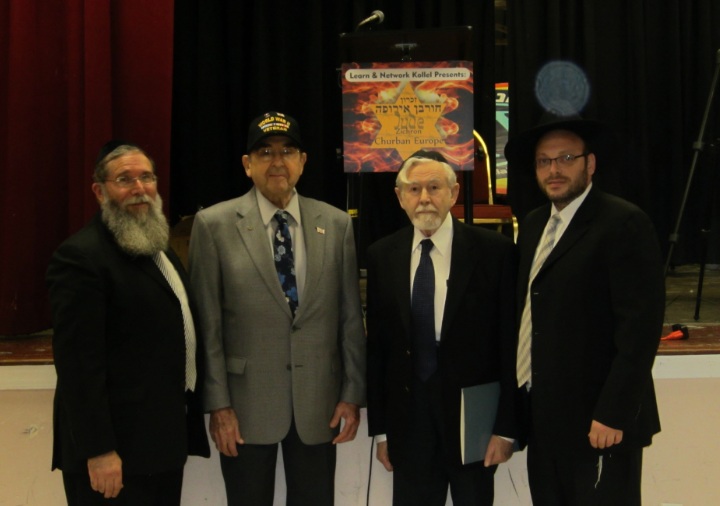 Holocaust survivor George Topas, author of the popular Holocaust book, The Iron Furnace, spoke about some of his gripping experiences escaping six labor camps, including the infamous Majdanek camp.

Holocaust Liberator, Anthony Morrone, a New Jersey resident of Italian-American descent, related some of his experiences as an American troop who helped liberate the Buchenwald concentration camp. Mr. Morrone has spoken of the “unbelievable sight” throughout his life and recently held an emotional reunion with one of the men he liberated, noted survivor and author Elie Wiesel.

Following his chilling accounts, Mr. Morrone showed a (very graphic) slide show of some of his experiences.

Also at the event, noted Sofer Rabbi Tzvi Chaim Pincus of Tiferes Stam in Brooklyn delivered a fascinating historical rundown of some of the Holocaust’s least talked about holy sacrifices: Sifrei Kodesh.