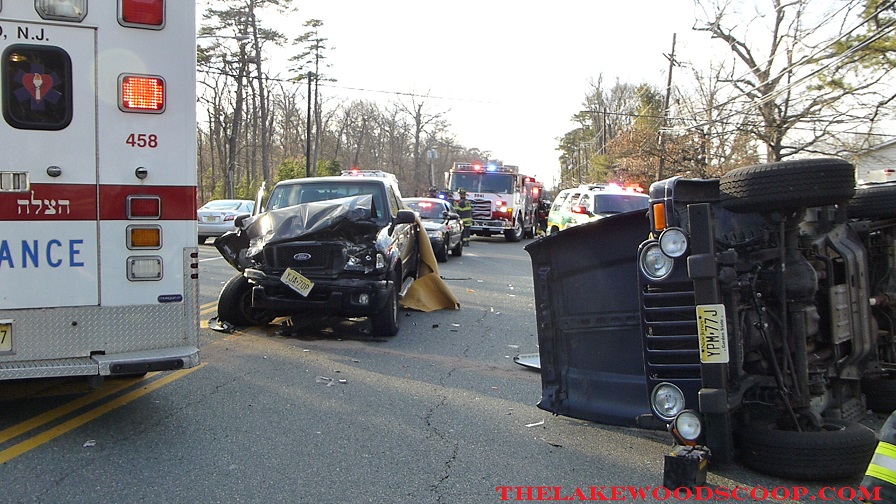 VIDEO: Six people were injured in an MVA involving and overturned vehicle this evening, officials say. The two-vehicle crash occurred just after 5PM on West County Line Road at the Lakewood-Jackson border.

Dozens of emergency personnel from Lakewood and Jackson responded to the scene, where a jeep was found on its side and its roof off.

All four of the jeep’s occupants were injured, along with two patients from the other vehicle. They were transported to local hospitals.

Additional PHOTOS can be viewed below.

This story was first reported on our News Alerts.