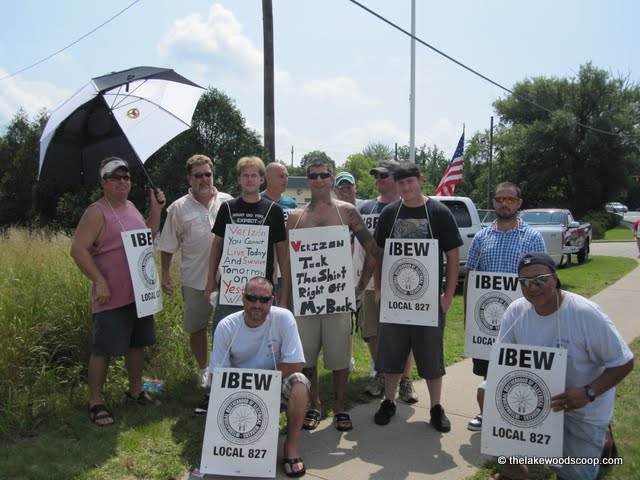 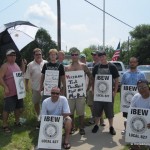 The Communication Workers of America and the International Brotherhood of Electrical Workers who have been on strike for nearly two weeks, will be returning to work this week. The workers issued a statement today saying they have agreed to come back to work while they continue to negotiate Verizon.

About 7,000 Verizon workers in NJ alone went on strike on Aug. 7 as a result of a tough position Verizon took in its attempt to extract concessions from its workers, attempting to change the contract terms to allow it to more easily fire workers, halt pensions, require union workers to contribute to health-plan premiums.

Workers in Lakewood protested in front of the James Street and South Clifton offices several times throughout the strik. TLS.