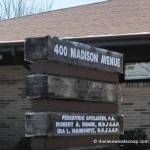 With healthcare costs continually on the rise, Assembly Democrats Valerie Vainieri Huttle and Dan Benson today announced that they are joining with Senate Majority Leader Barbara Buono to sponsor legislation creating a consumer watchdog to protect families and small businesses that have been forced to shoulder these costs while wages remain stagnant and business expenses increase.

“The missing component in the debate this Spring over public employee benefits was how to control these costs from escalating, not just for state workers, but for everyone,” said Vainieri Huttle (D-Bergen). “Without an effective means to address these rising costs, health insurance will simply become unattainable for many working families. This legislation will help provide protection against arbitrary and crippling increases.”

“Residents deserve a watchdog, someone with the knowledge to advocate on their behalf when it comes to the complicated issue of rising healthcare premiums,” said Benson (D-Mercer/Middlesex). “This legislation will also provide far greater transparency and put the onus on health insurers to justify any potential rate increases before families are forced to bear the cost.”

Under current law, health insurance carriers in the individual and small employer markets are allowed to set and increase rates merely through an informational filing with the state. The law does not require approval from the state Department of Banking and Insurance (DOBI), nor does it give the Division of Rate Counsel jurisdiction over health insurance matters.

This legislation would require that insurance carriers obtain prior approval from the DOBI commissioner for a rate increase, and would give the commissioner explicit authority to reject proposed rate changes upon findings that they are unfairly discriminatory or excessive. The bill would also create a state-level consumer watchdog to advocate on behalf of residents by expanding the jurisdiction of the Division of Rate Counsel.

The legislation is also timely in light of a new State Comptroller report released today, which found that Horizon NJ Health, the state’s largest Medicaid health maintenance organization, has done a poor job of pursuing and reporting fraud and abuse recoveries that would lower insurance costs paid by the state.

“This report is a prime example of why this legislation is needed,” said Buono (D-Middlesex). “By requiring hearings for any rate increase requests, the state can examine whether an insurance provider is doing everything within its power to minimize costs and protect taxpayer and consumer dollars.”

To that end, the bill will require the DOBI commissioner and the Division of Rate Counsel to jointly hold a public hearing on every request by a carrier to increase premiums for any contract or policy in the Individual Health Coverage (IHC) Program or New Jersey Small Employers Health (SEH) Benefits Program market. The purpose of the hearing would be to receive comments from the public to assist the commissioner in approving, disapproving or modifying the request for an increase.

“If the average family is being forced to tighten their belt and eliminate wasteful spending, so too should insurance carriers before they contemplate any unwarranted rate increases,” added Vainieri Huttle. “In light of today’s Comptroller report, this legislation is all the more necessary.”

The Division of Rate Counsel, which currently has no jurisdiction over health insurance rates, would be authorized under the bill to represent the public interest in proceedings that pertain to changes in rates for any health plans offered in New Jersey. The bill would also require that information about premium increases, including an explanation of how carriers report and calculate health insurance premiums, be posted on the Department of Banking and Insurance website.

“The current health insurance regulatory system allows the burden to fall squarely on the shoulders of working and middle class residents,” added Benson. “This bill will empower consumers by providing strict oversight on rate changes to ensure they are being treated fairly and, if they’re not, then the state will have the power to reject any excessive rate increases.”

Buono announced the legislation last week, citing new statistics from the Kaiser Family Foundation, which shows that annual premiums for employer-sponsored family health coverage increased to $15,073 this year, up 9% from the previous year. The Kaiser survey noted that premiums have increased significantly faster than workers’ wages and general inflation. Since 2001, family premiums have increased 113%, compared with 34% for workers’ wages and 27% for inflation.

Vainieri Huttle and Benson are joining with Buono to sponsor the measure in the Assembly. The bills will be introduced in their respective legislative houses the next time each body is in session. TLS.