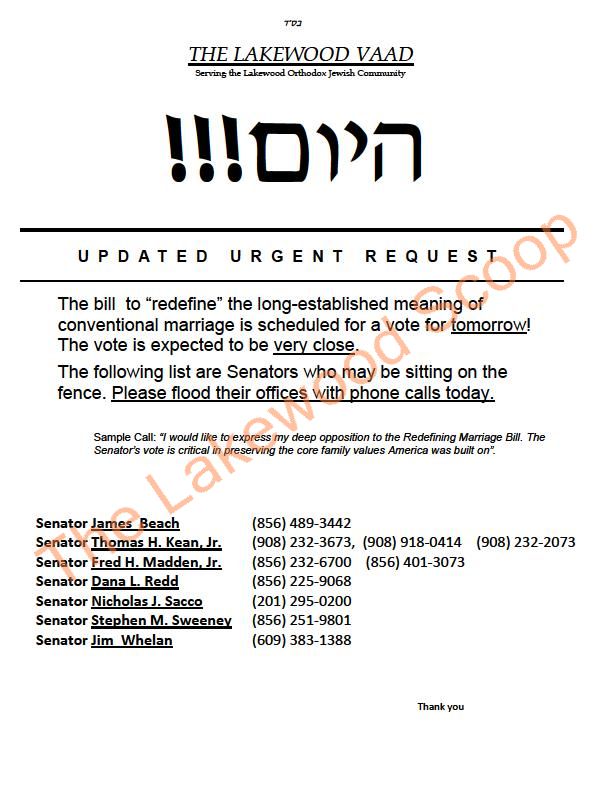 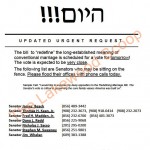 URGENT: The Vaad has just released the following updated urgent request: The bill to “redefine” the long-established meaning of conventional marriage is scheduled for a vote for tomorrow! The vote is expected to be very close. The following list are Senators who may be sitting on the fence. Please flood their offices with phone calls today. Sample Call: “I would like to express my deep opposition to the Redefining Marriage Bill. The Senator’s vote is critical in preserving the core family values America was built on”.
Senator James Beach (856) 489-3442