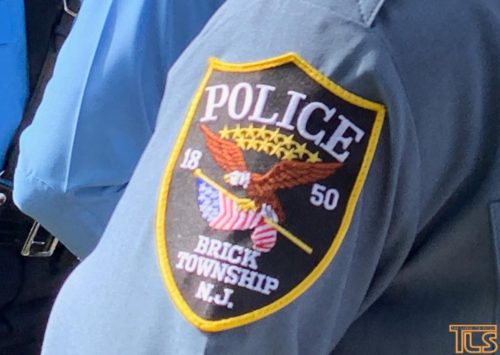 As first reported on TLS Status, the Brick Police Department is investigating a shots fired incident.

At 7:45 P.M. tonight, Officers responded to the interchange for a report of shots fired. The victim called 9-1-1 to report the incident while driving home to their residence in Brick. Patrol units met with the victim who was not injured, and they located one bullet in the front passenger side door frame.

The victim stated he was involved in a road rage incident with two unknown white male subjects driving a newer model red pickup truck with an extended cab. The incident began on Brick Blvd. when the pickup truck continued to pass the victim and brake check him several times as they drove down Route 70 east. While the victim was stopped at the at the red light at the interchange (70/88), the suspect drove by and fired three rounds toward the passenger side of his vehicle. The suspect vehicle was last seen fleeing the scene eastbound on Route 70, running several red lights. The victim lost sight of the vehicle in the area of Olden Street.

The suspects are described as two white males late 20’s to early 30’s.

We are seeking information from anyone who may have witnessed the incident or the suspect vehicle, or from anyone with a working dashcam who was traveling on Brick Blvd south and Route 70 East between the hours of 7:35 P.M. and 7:55P.M. and may have captured footage.

The incident is still under investigation. Anyone with information please contact Det. Ryan Talty at 732-262-1170 or [email protected]