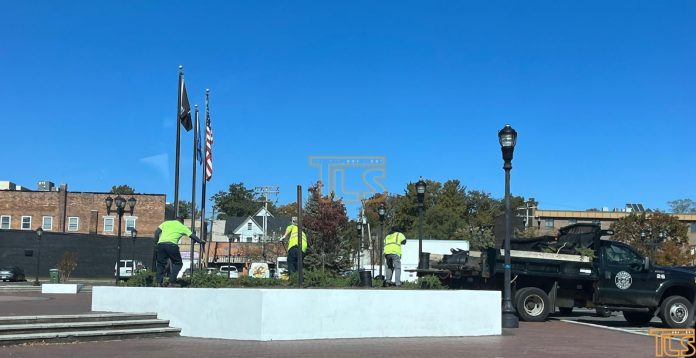 Lakewood Township has now replaced the trees which were recently removed from Town Square in an effort to discourage some homeless people from congregating and sleeping in the area.

The removal of the trees, which was first reported by TLS and later picked up by national outlets, prompted outrage by many people who were upset at the decision.

However, as initially reported, the original plan did indeed call for the trees to be replaced, Lakewood Mayor Ray Coles said at the time.

Coles explained the decision at the time, saying the township received a number of complaints about homeless people “harassing” others in the square.

The police department’s “Quality of Life Unit” then recommended that the township chop down the trees, according to Coles.

“Nobody should be uncomfortable walking downtown, or have to worry about stepping into something,” Coles told TLS in August, adding “we want a family friendly environment.”