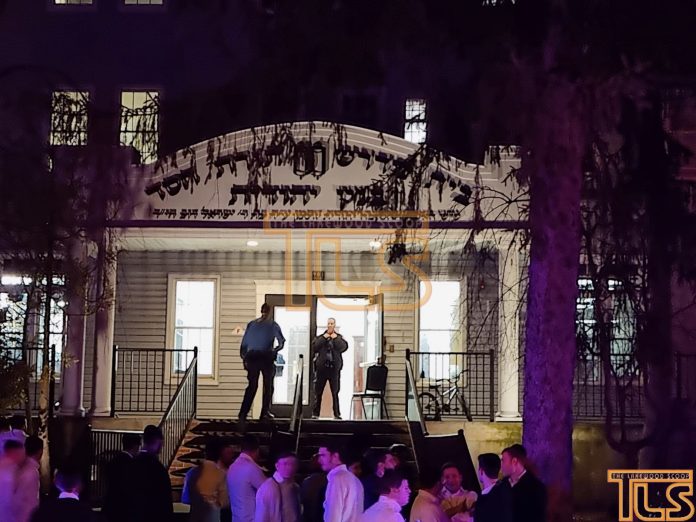 Just after 8:30pm last night, Officer Felix Rivera, was dispatched to the area of Monmouth Avenue and 9th Street in reference to a male subject in the possession of a machete.

Upon arrival, he was informed that the suspect chased someone down the street towards a new construction site on Monmouth Avenue. Rivera, as well as several other responding officers, checked the area but were unable to locate the suspect or the caller.

Further investigation revealed that the caller exited 901 Monmouth Avenue around 8:30 pm, when he observed the suspect standing on the opposite side of 9th Street. He stated the unidentified man was wearing a ski mask and playing music loudly from a portable speaker.

Upon seeing one another, the suspect reportedly got upset and began to yell profanities, so the caller went back inside the building and told one of his friends. No specific threats were made. His friend stated that when he looked out of the door he observed the suspect about 20 feet away, brandishing a machete and continuing to yell.

Although the suspect left prior to police arrival, an extensive search of the area, including a systematic evacuation and search of 901 Monmouth Avenue was conducted.

The suspect was last seen walking east on 9th street. He is described as approximately 5’10” tall, with a heavy set build and wearing a white and purple jacket.

Anyone with information is urged to contact the Lakewood Police Department at 732-363-0200.