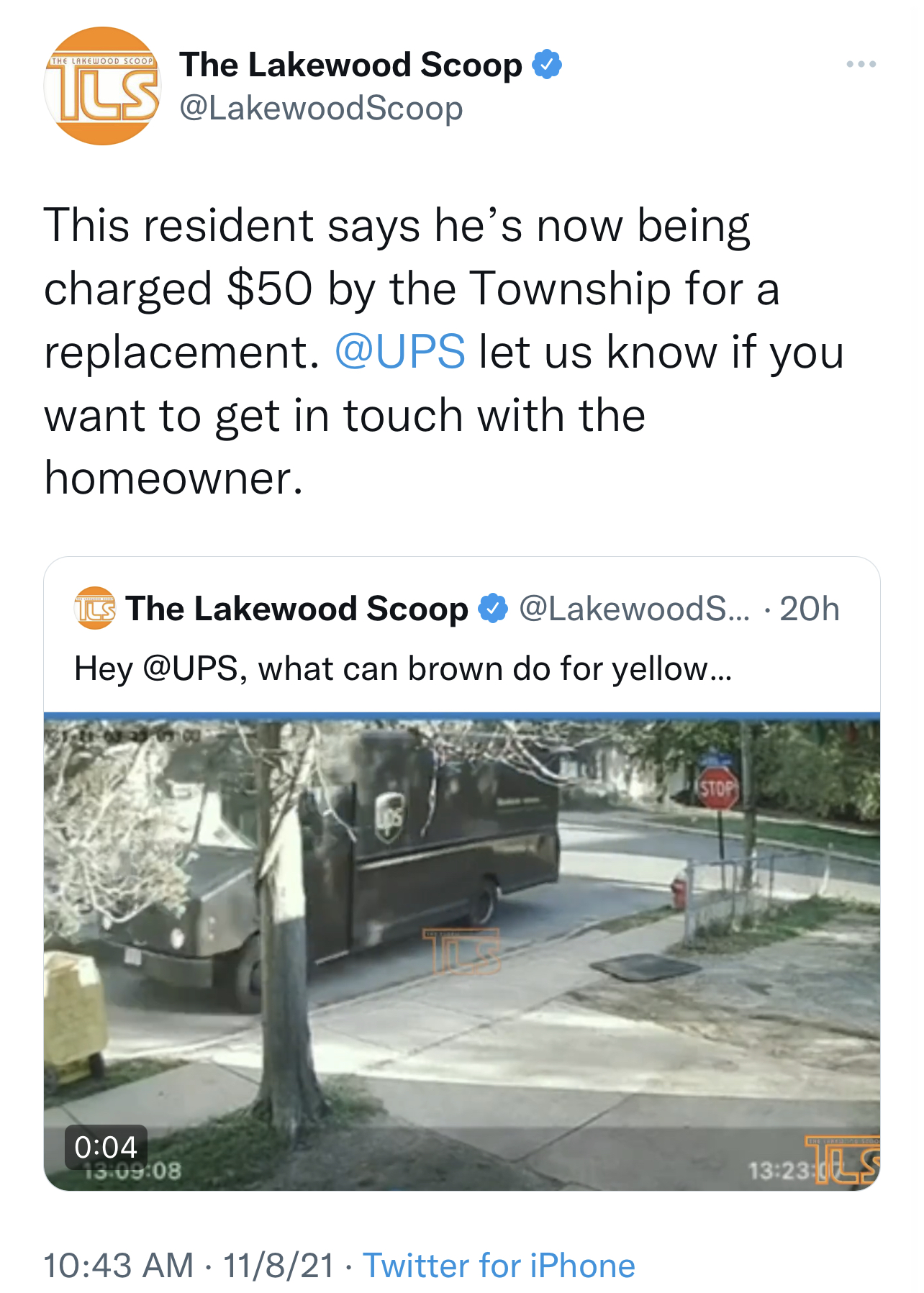 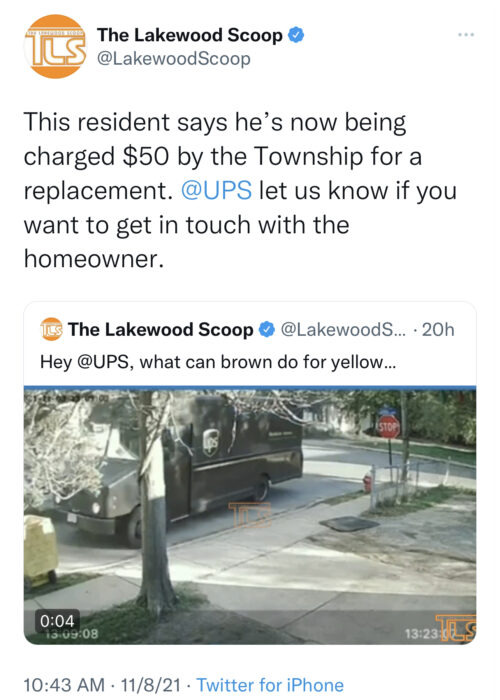 This morning, TLS posted surveillance video of a UPS driver knocking over and breaking a Lakewood resident’s bin.

The resident, who submitted the surveillance to TLS in hopes of getting this resolved, said he called the Township and was told he would need to pay $50 for a replacement.

We posted that on Twitter and asked UPS if they’d like to get in touch with the homeowner.

A short time after posting the video, Lakewood Mayor Ray Coles reached out to us with the following message.

“I saw the video of the UPS truck taking out a resident’s can. I have asked Public Works to replace the can at no charge. We will take it up with UPS.”

We Tweeted the Mayor’s message, and a short time later UPS responded. 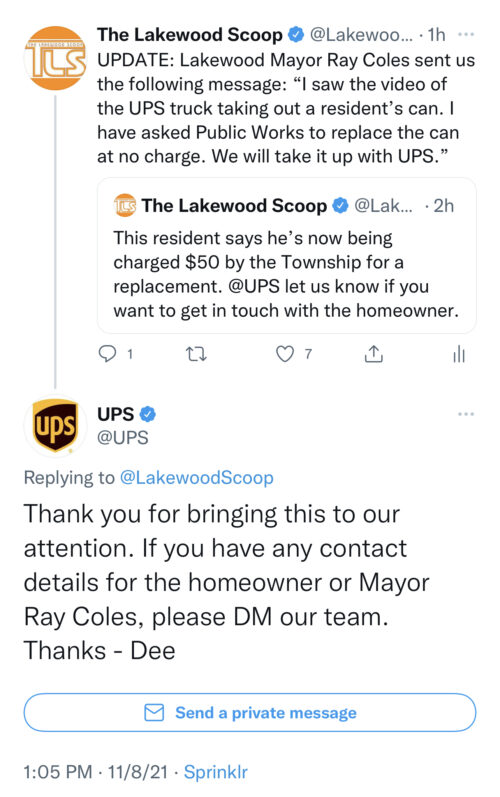 UPS asked us to put them in touch with either the Mayor or homeowner. We gave them the Mayor’s contact in (after confirming with the Mayor it was okay to do so), though as of this posting they had not yet reached out.

Lakewood DPW tells TLS they will be dropping off a new bin at the resident’s home.