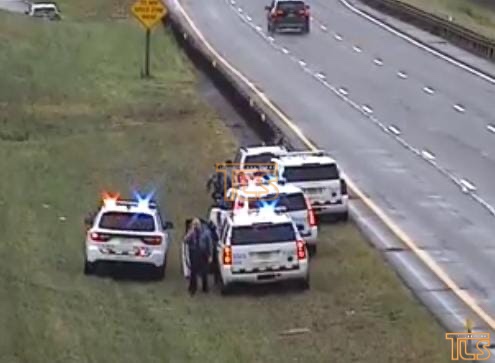 Earlier today, TLS was first to report about a traffic stop that occurred on the GSP, allegedly in response to a sign on the window which read “Help I’m kidnapped.”

NJSP initially told TLS “There was a motor vehicle stop conducted at 2pm at milepost 123.5 in Sayreville. However, no arrests were made.”

However, TLS inquired about the circumstances surrounding the stop, to which State Police responded that it was a prank.

Asked whether there would be any charges, State Police answered “there are no pending charges at this time.”

HAPPENING NOW: NJSP stopped a vehicle on the GSP moments ago after they received a call stating there was a sign on the vehicle which stated “Help I’m kidnapped” pic.twitter.com/Q8IsfzdifV

UPDATE: “There was a motor vehicle stop conducted at 2pm at milepost 123.5 in Sayreville,” NJSP told TLS. “However, no arrests were made.” https://t.co/MA0luEhiXI