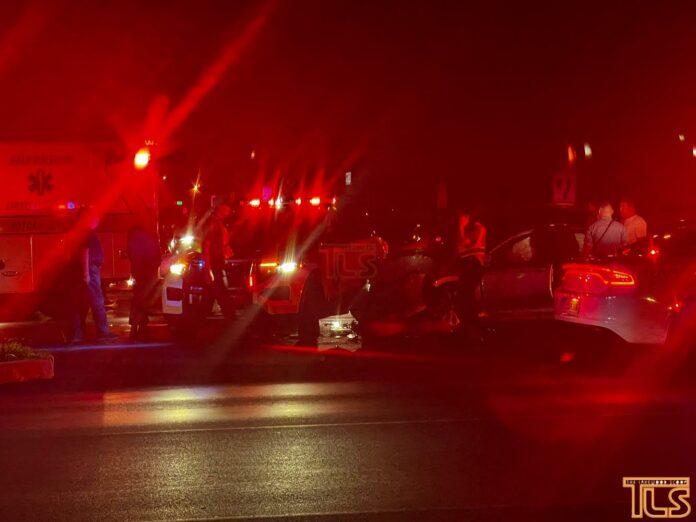 Driver who crashed into a Toms River river police cruiser has been issued a summons, police say.

On Sunday, August 14, at approximately 9:00 PM, Brian Ayres, 55 of Pearl River NY, was traveling in the left lane heading west on Route 37 when he struck a police vehicle.

Mr. Ayres stated that he did not see the emergency lights of the Toms River Police patrol car before striking it on the driver’s side. According to witnesses at the scene, all other traffic had stopped and yielded to the emergency vehicle. The officer was responding to an emergency call on the barrier island where seven people were reportedly thrown from a boat, he had his emergency lights and siren activated at the time of the collision.

Mr. Ayres and the officer only suffered minor injuries as a result of the crash and refused medical treatment.

Both vehicles sustained extensive damage and were towed from the scene.

Mr. Ayres was issued a summons for failure to yield to an emergency vehicle.