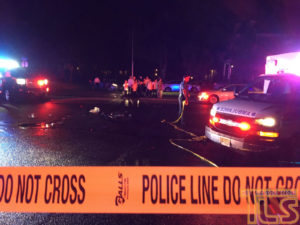 The bicyclist struck by a vehicle last night in Lakewood has died, police say.

The man was riding his bicycle on Williams Street around 9 PM when he was struck by a vehicle. Hatzolah responded to the scene and found the patient in traumatic arrest.

He was transported to MMCSC where he was pronounced dead, police said. He was approximately 60 years old.

Police have not yet released his name, but sources tell TLS he was known as Jerry, and was a caretaker several Shuls around Lakewood.