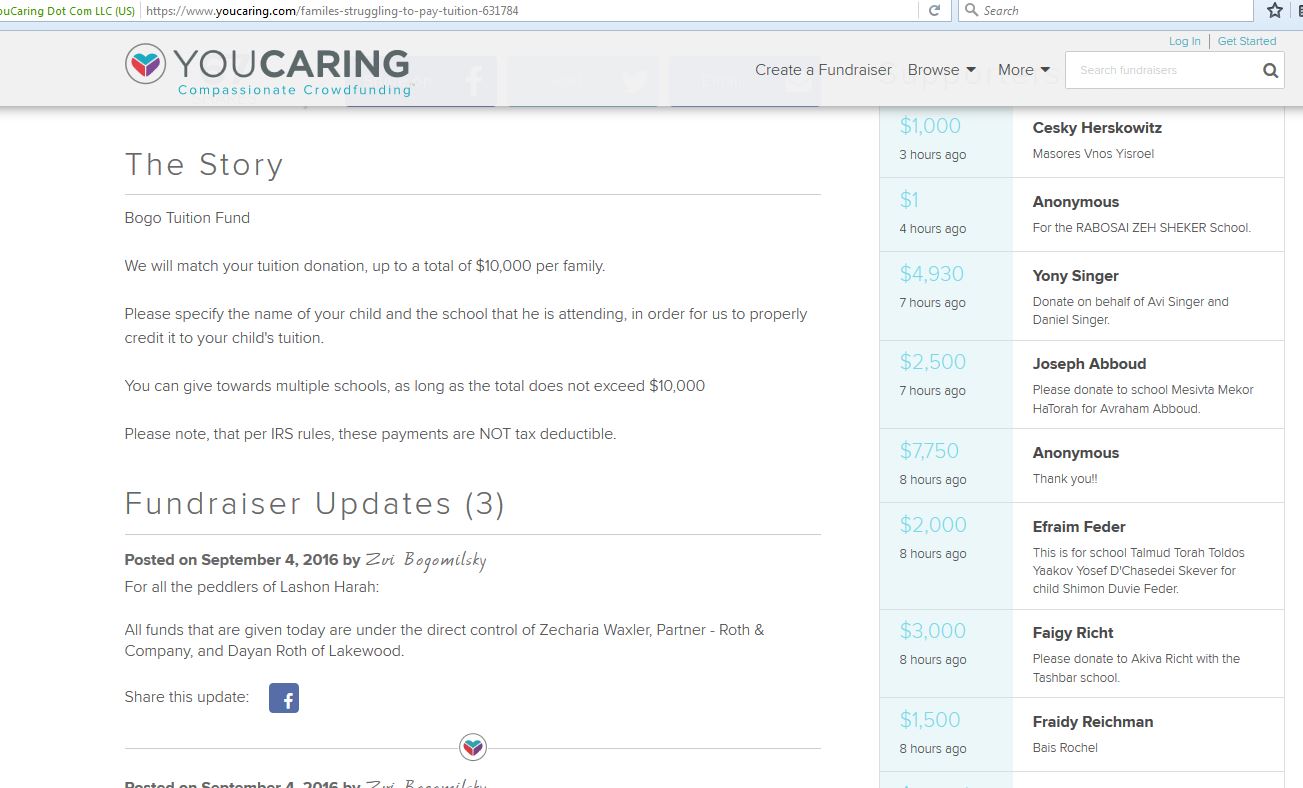 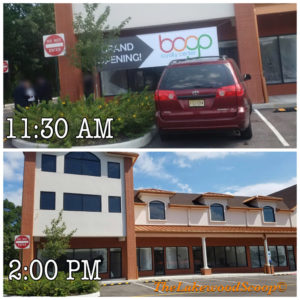 The BOGO Tuition fund – which caused an uproar in Lakewood today – has been shut. The site has been deactivated this evening, but not before approximately $140,000 was collected as people hoped for tuition relief.

Earlir, the site published an update stating “For all the peddlers of Lashon Harah: All funds that are given today are under the direct control of Zecharia Waxler, Partner – Roth & Company, and Dayan Roth of Lakewood.”

However, there were no endorsements on the distributed flyer. 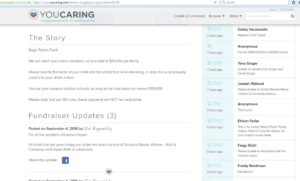 Earlier this afternoon, the sign outside their headquarters on Route 9 was taken down.

Sources told TLS that all funds from donors will be refunded, though there has been no such statement updated on their site.

UPDATE: 8:45 PM. The site moments ago posted the following updated:

Due to the many questions and concerns raised by members of the community, we are temporarily suspending this campaign

We are currently in talks with Rabbanim and Askanim in Lakewood, and are looking for the best way to go forward for the benefit of the community.

All the payments that were made, are secure, and are under the direct control of Zacharia Waxler and Dayan Roth.

Once we have the backing of the Rabbanim, we look forward to reopen the campaign. In the meantime, anyone that requests a refund, will be refunded promptly.

Thank you very much for putting your trust in our program, and we look forward to helping the Lakewood community going forward.”