UPDATE: Arrest made in connection with Jackson Luring Incident 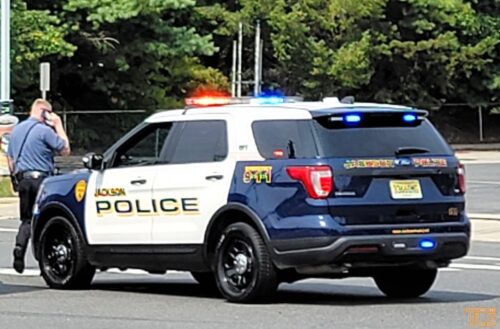 An arrest has been made in connection with attempted luring incident in Jackson, police say.

On Thursday November 4, with thanks to the New Jersey State Police for their assistance and also concerned residents who contacted investigators in response to an earlier news release, an arrest was made in the attempted luring of a juvenile which took place on Pitney Lane on October 30th.

Acting on information received, Officers Jeff Henba and James Hendrick responded to a residence located on Citadel Drive in Jackson and positively identified the suspect vehicle from the incident. Detective Dominic Manion then continued with the investigation and was able to identify this male as the driver of the vehicle who made contact with the juvenile in the incident. During the investigation it was also confirmed that the license plate which was on the vehicle was not valid and did not come back to any registered vehicles.

The driver was identified as Francisco Rosales-Flores, age 39 of Jackson NJ. He was later placed under arrest and the charge of 2nd degree Luring was approved by the Ocean County Prosecutor’s Office. He was then processed and later lodged in the Ocean County Jail.

The Jackson Police Department would like to thank all of the members of the public who came forward with any information to assist with this investigation.