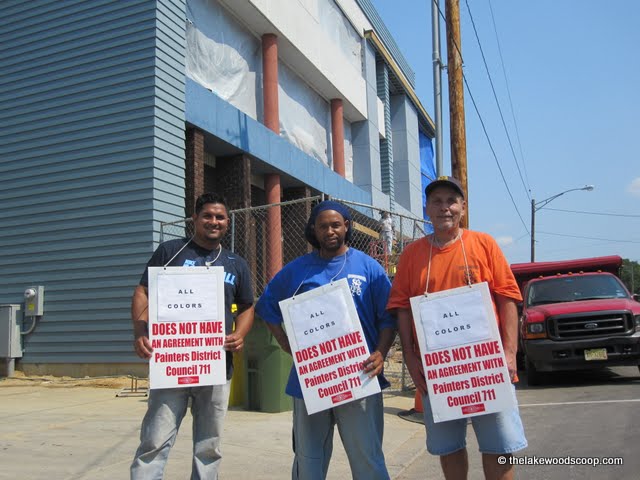 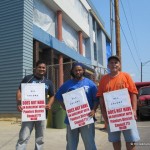 PHOTO: Union Workers from Painters District District 711 this afternoon protested in front of the Ocean Health Initiatives construction site, claiming the two floor construction projects failed to hire Unionized workers. The Union Official who oversaw the protest says, the project, which is partially State-funded, should have hired Unionized painters, and not a private firm.

“We’ll be back again tomorrow”, the Union official says.

OHI – located across from Yeshivah Ketana on Second Street – is currently in the midst of reconstructing the building and adding another floor to the structure. TLS-YA/TLS-YT/TLS-CCP.