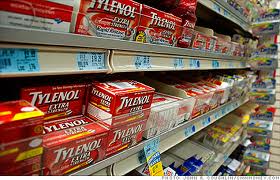 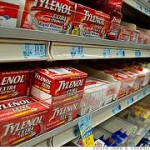 A Johnson & Johnson subsidiary is recalling 60,000 bottles of extra strength Tylenol following consumer complaints and the detection of a “musty, moldy” odor, a spokesman said on Wednesday. “It was in response to complaints and McNeil’s detection,” Marc Boston, a McNeil Consumer Healthcare spokesperson, told Reuters Wednesday.

The consumer healthcare company is a division of McNEIL-PPC, Inc., in turn a subsidiary of Johnson & Johnson.

“This was discovered as part of our ongoing surveillance monitoring protocol for musty, moldy complaints,” Boston said in an emailed statement adding to his earlier comments.

McNeil Consumer Healthcare on Tuesday announced the voluntary recall of one product lot, or 60,912 bottles, of “Extra Strength” Tylenol caplets, following reports of an “uncharacteristic” odor.

Boston said no further information is being released at this time.

The moldy odor has been linked to traces of a chemical called tribromoanisole (TBA). TBA has been associated with an “offensive odor” and temporary gastrointestinal symptoms, according to a news release from McNeil. More in Reuters.