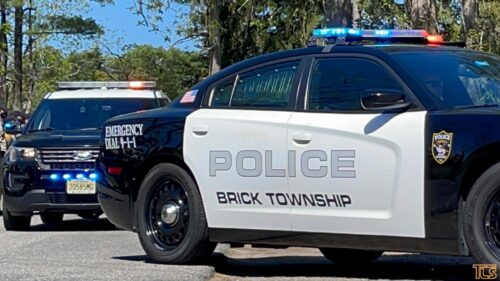 Two Toms River men are in custody after allegedly burglarizing over 20 vehicles.

On Tuesday, at approximately 02:30 a.m., Patrolman Kyle Patrick, K-9 Officer Ptl Scott Smith, Ptl. Kyle Dudak and Ptl. John Sullivan were dispatched to the area of Collins Court in Green Briar I for a motor vehicle burglary in progress.

The caller reported that there were two unknown subjects attempting to burglarize motor vehicles in the neighborhood. The subjects were reportedly observed entering vehicles. As Ptl. Patrick responded to the call, he observed a vehicle occupied by two male subjects that matched the description of the subjects provided to dispatch.

It is suspected that the subjects entered as many as twenty vehicles and the investigation is ongoing. Both suspects were lodged in the Ocean County jail.

The Brick Police Department would like to commend our residents for remaining vigilant and reporting of suspicious activity. Residents are also reminded not to keep valuables in their vehicles and to keep their vehicles locked. If you see a crime or suspicious incident taking place, please call 732-262-1100 or 911.