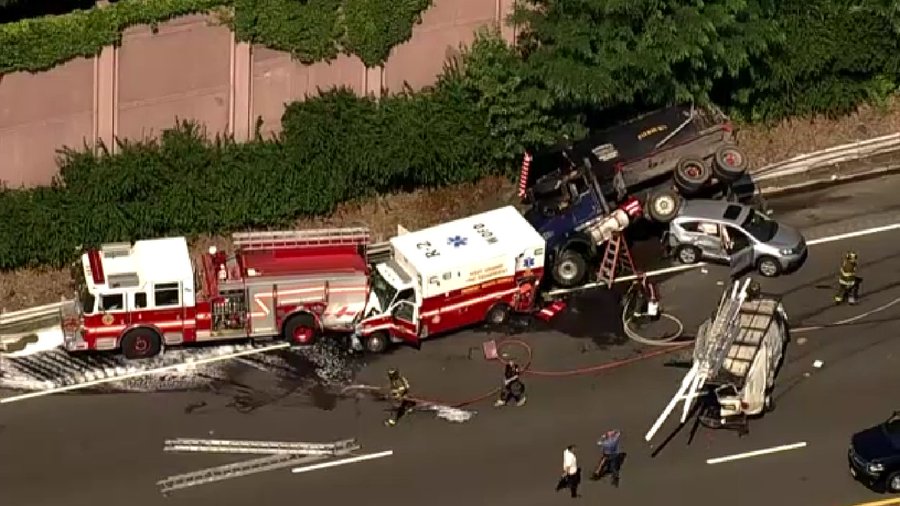 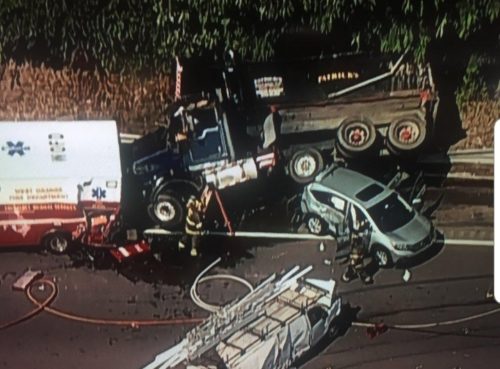 Two state troopers are among the multiple people injured in a major accident that occurred near West Orange, NJ.

Preliminary reports suggest that a dump truck crashed into several emergency vehicles, including an ambulance and a firetruck who were on scene of a separate accident.

Both troopers were transported to area hospitals. At least one was reported to be conscious and alert when transported. No pedestrians were injured in the accident.

Motorists are being told to avoid the I-280 in the area of exit 9 as police investigate the circumstances surrounding the incident.

All photos used with permission from News4NY. 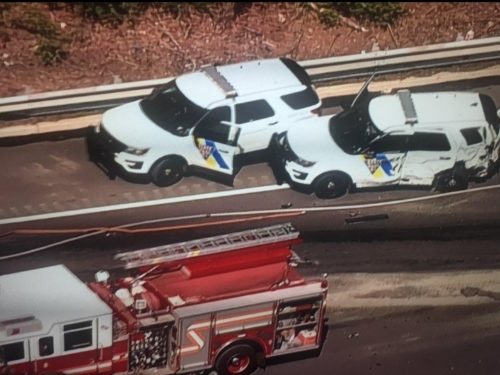 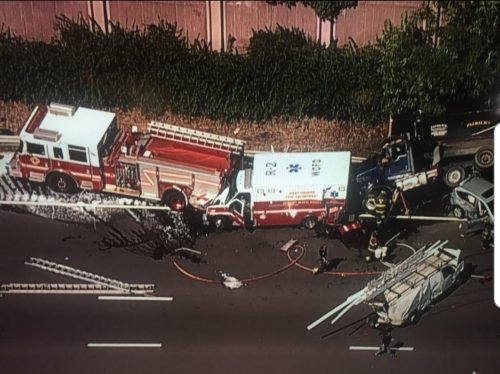 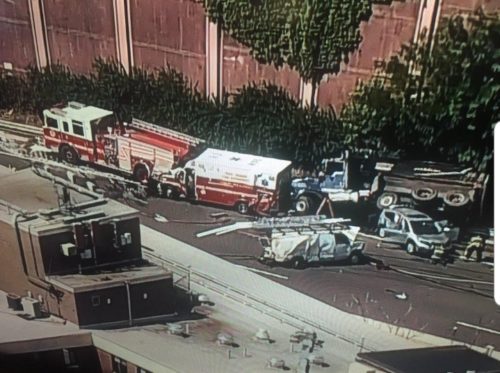