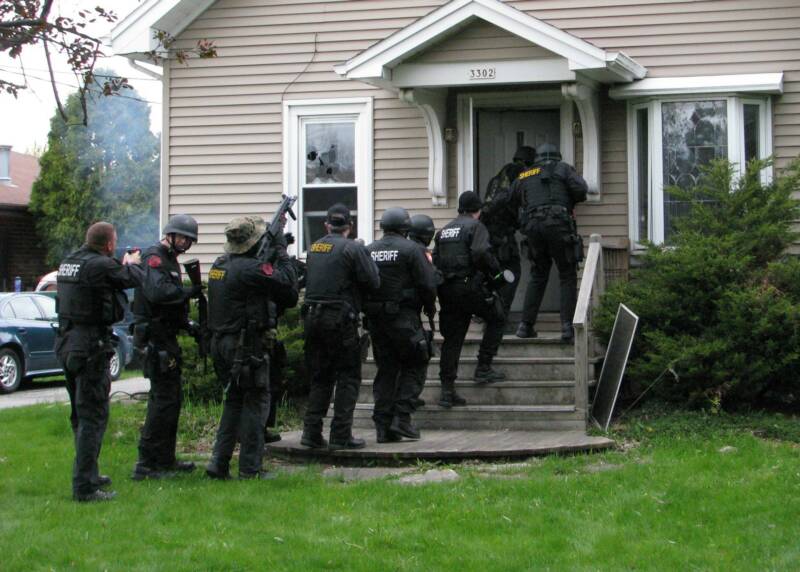 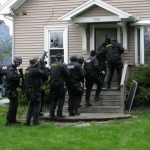 Authorities arrested two men and seized two ounces of cocaine, 30 bags of heroin and $5,000 in cash from a Denmark Lane home Friday. A third man fled the scene and is being sought by police, authorities said. The man still at large is Daniel Thomas, 23, of Denmark Lane, a former Lakewood man who was a cooperating witness in the notorious 2006 gang-related, execution-style murder of a man in a crowded barbershop there. In addition to charges from Friday’s raid, Thomas also has outstanding charges of possession of cocaine, possession of cocaine with intent to distribute under one-half ounce and distribution of cocaine, Ocean County Prosecutor Marlene Lynch Ford said.

In the barbershop case, Thomas’ testimony contributed to the convictions of Tyleek Baker, James Russell and Jamell Scott in the murder of 21-year-old Jose Francisco Olivares in the now-defunct Man, Woman and Child barbershop on Feb. 7, 2006.

Thomas was indicted in March and June of this year in unrelated drug charges in Lakewood, documents show.

The Denmark Lane raid followed a two-month investigation into drug activity in the county, Ford said.

The investigation was a cooperative effort between the Ocean County Prosecutor’s Special Operations Group and Jackson and Lakewood police, Ford said.

Authorities are asking for the public’s help in locating Thomas. Anyone with information as to his whereabouts is asked to contact the Special Operations Group at 732-341-6150.