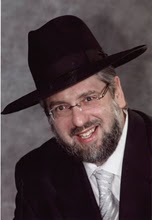 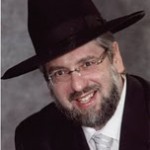 R’ Pinny Lipshutz: It is the perfect trivia question for a young child: In which parsha does the Torah recount the immortal words of “naaseh venishmah”? Invariably, the child will think long enough to recall the parsha which discusses the Aseres Hadibros and then proudly answer, “Parshas Yisro.” Actually, the words naaseh venishmah are recorded in Parshas Mishpatim. The posuk (24:3) states, “And all the people answered in one voice and said, ‘We will do – naaseh – everything that Hashem has spoken.” It is in posuk zayin that the Torah says that Moshe read the Sefer Habris to them and they said in response, “Naaseh venishmah.” Why is it that naaseh venishmah is found in Parshas Mishpatim and not in Parshas Yisro, the parsha of Kabbolas HaTorah?

The Medrashim are replete with exegesis on the superlative reaction that the recitation of these two words caused in the creation. Chazal in Maseches Shabbos (88) tell us that when Hashem heard the Bnei Yisroel say, “Naaseh venishmah,” He asked, “Who revealed to the Bnei Yisroel this special secret that is used by angels?”

What is so special about naaseh venishmah that it is a term ascribed to celestial bodies? To us, it seems understandable that the Jewish people in the desert, having been awed by Hashem’s power, agreed to follow all that He would tell them to do. These are the people who had seen the Mitzriyim being punished with makkos for enslaving them and disobeying the word of Hashem. They had witnessed the miraculous splitting of the Yam Suf, which was a more awesome sight than ever witnessed by the greatest prophets. How could they not accept the word of Hashem?

Moreover, they had heard from their parents of the promises that Hashem had made to their forefathers. As they neared the exile and redemption, they had benefited from the leadership of Moshe and Aharon and were intimately aware of the G-d of their parents and grandparents. Why would they not be prepared to accept His guidance and direction?

It would appear that there is more to naaseh venishmah than an unconditional acceptance of the word of G-d.

In last week’s parsha, the Torah states, “Vayishmah Yisro,” literally translated to mean that Yisro heard of all the great miracles that Hashem had done for the Jews. The Torah, describing Yisro as the kohein of Midyan, states that after hearing of these wondrous events, he took leave of his native land and traveled to join the Jewish people in their humble desert encampment.

The man who had achieved power, fame and prestige in Mitzrayim and Midyan was so moved by the stories he had heard that he made the life-altering decision to forsake all and move into a tent with his children and grandchildren.

Perhaps, when Chazal praise the phrase that the Jews unanimously used to accept Hashem’s dominion over them, it is because when they said “venishmah,” they were referring to the nishmah of Yisro. They were stating that they were prepared to follow Hashem even if that meant forsaking all and living in a barren desert. They were saying that they would do all that Hashem asked of them, whether they understood it or not, and even if it meant living a life of depravation and isolation. They were totally subjugating themselves to the will of Hashem.

Thus, when they responded, “Naaseh venishmah,” they were using language normally used by malachim, whose total purpose in creation is to serve the Creator. Through their own bechirah, they chose to suppress their natural and independent-minded impulses and affirm that they would be prepared to do whatever it takes to follow the word of Hashem. They wouldn’t only follow the letter of the law, but they would also be prepared to travel to the ends of the world and give up everything they had spent a lifetime acquiring in order to follow the devar Hashem, just like Yisro had done. They wouldn’t question or demur. The Torah would be their roadmap through life and they would follow it scrupulously, whether they understood its reasons or not.

Because they had expressed their absolute acceptance of the will of Hashem, they merited receiving the Torah and all the blessings reserved therein for those who follow in its path. They were given double crowns, one for naaseh and one for nishmah, to show that they had risen to fulfill the ultimate purpose of creation. As Chazal expound on the word Bereishis, “Bishvil haTorah shenikreis reishis…ubishvil Yisroel shenikre’uh reishis.” The world was created for Torah and for Klal Yisroel. By accepting the dominion of Torah without reservation, they earned the crown of creation.

Because they had shown such devotion to the word of G-d and the Torah, Hashem told Moshe at the beginning of this week’s parsha, “Ve’eileh hamishpatim asher tosim lifneihem.” Rashi quotes the Gemara in Eiruvin which explains that Hashem told Moshe that it wouldn’t suffice to teach the laws two or three times until the people would be able to repeat them. Instead, he had to lay everything out for them like a table set with ready-to-eat food. The halachos must be related in a way that the people can understand the underlying principles.

This served a practical purpose, as the people and the judges would be able to extrapolate the laws to various situations.

But perhaps there is another way to understand Hashem’s instruction to Moshe that he ensure that the laws be understood by the people. The deeper reason for this is, because of the Yidden’s extreme acquiescence and announcement of total subservience to the word of Hashem, they were rewarded and obviated of the obligation to always act without understanding why. Hashem was telling Moshe that since they were prepared to completely transform their lives, they had passed the test and were deserving of the assurance that they properly understood the laws.

They were given the crown of Torah to signify that they would be able to learn and understand all of Torah if they would purify themselves and devote their lives to it. Those who pursue the Torah and observe it flawlessly not only can be crowned with the keser of naaseh for their actions, but also for nishmah, for dedicating their lives to its study. Attaining this level of holiness and understanding was only possible after Klal Yisroel said, “Naaseh venishmah,” and proclaimed that Hashem’s word would be their guiding light, whether they understood it or not. Only a people so dedicated to Torah could be blessed with the gift of being able to receive the Torah and also comprehend its laws.

The true indication of whether a person is sufficiently devoted to the word of Hashem and possesses the proper degree of fidelity to Torah is the manner in which the person acts regarding the laws taught in Parshas Mishpatim. The way a person conducts himself in business dealings with other people demonstrates his true level of religiosity. One who cheats, steals and lies in the course of his financial dealings has shown that he is not really a believer. Rather, he thinks that he must bend the law in order to earn money that in reality Hashem sends him.

One who is dishonest and defrauds people is, in essence, denying the laws of the Torah which clearly define how we must conduct ourselves. He thinks that he will get away with it and rejects the punishments the Torah prescribes for those who harm others.

Let us all search our hearts and wallets and make certain that we are as scrupulous in our financial dealings as we are in our observance of Shabbos and the other cardinal laws. We will thus ensure that we are worthy of the brachos reserved for those who cling to the Torah with sincerity and we will merit as much nachas as Yisro.