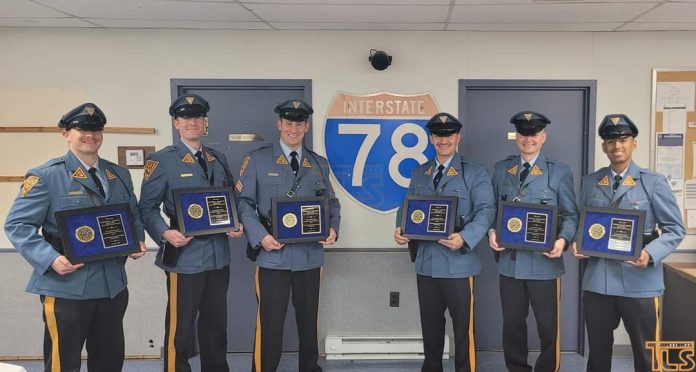 On the early morning of May 1, Perryville Station troopers responded to a report of a structure fire on Sam Bonnel Drive in Union Township. Trooper Juan Jacome, Trooper Peter Munoz-Aquino, Trooper Filip Konieczkowski, Trooper Zachary Manley, and Trooper James Thompson were the first to arrive on scene and observed that the left end of a 12-unit building was fully engulfed.

Without hesitation, the troopers began working their way through the complex to evacuate the occupied units. Many residents were asleep, and entry had to be made into some of the units when occupants were not answering. Some units were filled with smoke, and others were on fire. An ederly resident who was hard of hearing had to be physically awakened. The fire was moving rapidly and fully engulfed the complex within minutes.

Five residents sustained injuries due to smoke inhalation, severe burns, and bone fractures. Two of the injured residents were flown by helicopter to local trauma centers and a third was transported by ambulance to Hunterdon Medical Center.

The quick and decisive actions of the troopers and first responders undoubtedly saved multiple lives. 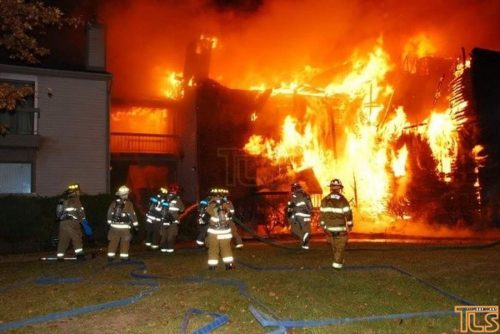 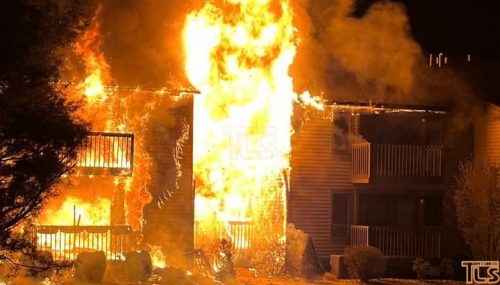