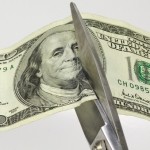 Gov. Chris Christie will not rescind midyear budget cuts to school districts, charity care and higher education despite pleas that the administration replenish a portion of the lost aid, New Jersey’s new treasurer said Monday. Treasurer Andrew Eristoff said Christie was forced to act swiftly and decisively to rebalance a budget projected to end the year in the red by as much as $2.2 billion. He acknowledged that the $1.6 billion in spending freezes announced by Christie three weeks after he took office “were identified and implemented under emergency conditions.” But he said the administration has no intention of backtracking on the executive order.

“Fiscal ’10 is over,” Eristoff told the Assembly Budget Committee on Monday. “As far as the governor and this administration are concerned, we have taken the actions that were necessary to deal with the budget gap. We are now focused entirely on fiscal 2011.”

Facing a deficit that could reach $11 billion in the fiscal year that starts July 1, Christie has about three weeks to develop a spending plan. The new governor will introduce that budget, his first, on March 16.

Eristoff said the governor’s options for rebalancing the current-year budget were limited because, at seven months into the fiscal year, much of the $29 billion allocation already has been spent. Christie has said he identified $2.2 billion in savings from only $6 billion that hadn’t been spent or legally obligated.

The budget needed to be adjusted because tax collections are not as robust as projected. The state Constitution requires a balanced budget.

Assembly Budget Chair Lou Greenwald, who had hoped to look for alternatives to the cuts Christie announced, was rebuffed.

Afterward, he and other Democrats on the budget panel, where Eristoff testified for about two hours, expressed disappointment.

“I had hoped that this would be the start of a renewed bipartisan effort to find alternatives to Gov. Christie’s budget cuts,” Greenwald said. “The governor’s cuts hike property taxes, threaten health care for the middle class and poor and forsake opportunities for federal funding.”

Greenwald is annoyed that the Legislature was not consulted over the cuts. He said he wants to see a written legal opinion showing that Christie has the authority to freeze $475 million in school aid payments by requiring districts to use their excess surplus instead of state aid.

“I don’t think it’s proper,” he told Eristoff on Monday.

Assemblywoman Joan Quigley is among those bothered by a $12.5 million cut in charity care aid, which will result in New Jersey forfeiting an equal amount in federal matching grants.

Though Quigley, a Democrat, urged Eristoff to rethink a cut that leaves millions in federal money on the table, he agreed with Republican Assemblyman Jay Webber, who said budget constraints sometimes prohibit governments from taking advantage of otherwise worthwhile situations. AP